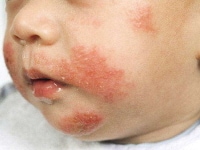 “Some studies say that on average 90% of human beings worldwide have some sort of parasite,” Paul Chek said in a discussion Healing Parasites and Fungal Infections on Sean Croxton’s Underground Wellness radio show. Chek has worked as a therapist with patients cleaning out parasites and fungal overgrowth for 30 years. He says the solution is not antibacterial soaps and over-cleaning. “The mitochondria of your cell is bacterium,” so not all parasites are bad.

An infection is a different story. 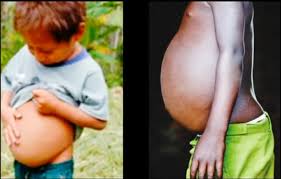 A parasitic or fungus infection has the ability to maintain and control its environment in order to survive.

Chek says parasites and funguses (or fungi), once they become advanced, regulate their environment, “So if it’s in your intestinal tract it’s controlling the pH level. It’s controlling the rate of parastolisis using all sorts of chemical messages. That’s an infection. When your body can not kill down the population of parasites to the level at which it’s capable for the body to have them. They have chemical weapons which can really disrupt the autonomic and nervous system. In many ways it’s like you’re being taken over by a host whose only objective is to eat you.” 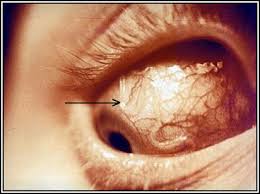 Chek says it’s a dangerous thing to kill off a small amount of the parasites then return back to the same habits that got them into that situation in the first place. This leads to a cycle of drugs to kill off parasites, then parasite overgrowth, more drugs, then parasites resume. Chek says, “That’s a very dangerous thing to do. You’re actually training your parasites how to literally eat all these different drugs. Just as you have problems with bacterial resistance from overusing drugs you can get parasites trained to eat anything you throw at them.”

Eukeriotes are the cellular formation process for a fungus and they function much like human cells function. Drugs that kill fungus growth also kill human cells. In addition when a fungus grows it morphs.

Chek says, “A fungus is an organism that’s very very unique. It’s in an environment that’s more favorable for plantlife. It morphs itself into a plant. Then if you come along and put something on your skin to treat the fungal infection that it doesn’t like, it moves away. You can watch them literally mark to another location. These creatures are at the basis of life itself.”

Fungus and bacteria are the basic core of living organisms. They function as decomposers.

Decomposers are extremely tough and have even been found on asteroids in outer space. Chek says, “Until you go up against a fungus in an outright battle you have no idea how smart these little creatures are. It can bring a human being to a level of humbleness.”

Funguses feed on sugar. This means junk food makes funguses stronger at the same time the person is weaker. Chek says a sugar craving means your fungus growth is hungry. To read more click here. To read about getting rid of fungal overgrowth and excess bacteria click here.

*If you learned something from this post share it so others can do the same. To support the efforts of this blog shop the affiliate links above like this one. You pay the same shopping through Amazon while the author receives a small referral fee. This offsets the costs of this site.

Wheat Lectins Accused of Being a Neurotoxin

Illness Blamed On Yeasts And Bacterium