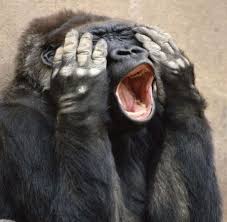 Autism is winning! Among developmental disabilities it is the fastest growing with a rate of 1,148% per year.

The Autism Society says 60 people every day are being diagnosed with autism in the United States. The numbers are pretty close to the same in the U.K.

The numbers are getting steeper. The costs are climbing. The years keep ticking away and it’s only getting worse! Millions of dollars are spent every year on autism research. Many doctors see the connection between autism, allergies, ADHD and asthma, all diseases on the rise. Thankfully some doctors are rising to the challenge, stepping out of the box, and are seeing a solution. A group of DAN! doctors (Defeat Autism Now!) as well as pioneer Dr. Natasha Campbell-McBride are top ranking as part of the solution.

A list of DAN doctors can be found here: http://dandoctorlist.org/

But in all fairness nothing trumps changing the food your child eats. Most food today is not food, it’s food-ish, and research shows illnesses like ADHD, autism, bipolar disorder, depression, dyslexia and others are greatly affected by food.

Dr. Natasha Campbell-McBride has written one of the most comprehensive books on the cause and solution of autism. Her son suffered from autism at the same time she worked as a neurologist in an autism clinic. Her work led her through testing fecal matter, urine output, prolific overgrowth of invasive bacteria and healing the gut lining to cure these children.

The fecal matter tests they studied were consistent in every single patient. Thousands of patients showed the same results! Each had an overgrowth of horrific bacteria that should not exist in the human intestinal track – including the fungus that exists on the poison dart frog in Africa!

Not all parents believe food is the answer. This is the case because they are victims of, “We tried that.”

Even though it has worked for thousands of Dr. Natasha’s patients, thousands of other patients across the world, and thousands of parents who simply follow the GAPS book, not all parents believe food is the answer.

Food won’t work to change a behavioral issue unless it is clean. For us when we were navagating the minefield of autism we had a reaction to most every meat product in the grocery store but we’ve never had a reaction with grass fed meat. We’ve also had reactions to soy fed meat as well as foods that feed bad bacteria in the gut. For mothers who say, “We tried that,” my heat is breaking.

Five years ago a dear loving mom said one of the most shocking things to me I had ever heard. “I don’t know one single parent with an autistic child who hasn’t tried that diet.” Her son had autism and she was the head of a commonly known autism group in her area.

I didn’t know what to say. We had been tweeking our food for two years at the time and we were still encountering foods that made my son react – weekly. I wanted to gently put my hands on her shoulders and plead with her, “Please don’t give up! Your child is in

But instead, I said nothing.

That boy was 13 at the time, making him 18 now. Statistically he has a higher chance of becoming an alcoholic and going to prison. As an adult he is responsible for himself, without Helicopter Mom hovering around him explaining to Looky Lous, “He’s autistic.”

At that time I feared the day my son would turn 18. I knew he would be sent to prison for his behavior. He was out of control. He didn’t understand. He had no ability to function well alone maintain his own composure. He was a tornado of a boy blowing through every location unaware of his destruction. However it wasn’t his fault, his body was only responding to the food I fed him.

At the time there was one mission and that was food testing. I couldn’t afford hyperbaric oxygen chambers. We had already spent nearly a thousand dollars at specialists in just co-pays (those $25 added up quickly with no answers!). I read people found success with food and if they did it so could I!

Every single patient Dr. Natasha has worked with has been or is getting healed from autism.

It is safe to say changing over your food isn’t easy. The learning curve is huge. The process is not simple. There is always, and I mean always, a lurking ingredient in some food somewhere that is causing issues for these kids. Their systems are broken and they can not process chemicals, additives, pesticides, high bacterial counts, yeasts, etc.

A small percentage of people can switch to eating prepackaged gluten free foods and see success.

Dr. William Davis, author of Wheat Belly says celiac disease, crones, colitis, irritable bowel are all the same disease with different depths of gut damage. In my opinion, autism, ADHD, allergies, asthma are also all the same disease just with different depths of gut damage. Children who are considered high functioning autistics, in my opinion, have less gut damage than those who are severely autistic.