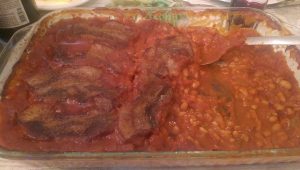 Baked beans are a staple for certain occasions, however, the high dose of sugar in them makes them not GAPS compliant – until now.

This recipe is tried and true with GAPS and non-GAPS folks both. If you tolerate navy bean, this one is worth a try.

First place a one pound bag of navy beans in a large bowl. The beans will expand so the bowl needs to be 2/3 larger than the beans occupy. Fill the bowl with water and add 2 tablespoons of apple cider vinegar, with the mother like this one. Let the bean soak in the bowl 16- 24 hours. 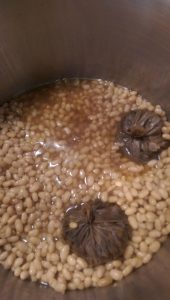 Many people debate the need to soak beans.

Archivos Latinoamericanos De Nutritione reported a study entitled The domestic processing of the common bean resulted in a reduction in the phytates and tannins antinutritional factors, in the starch content and in the raffinose, stachiose and verbascose flatulence factors saying, “A decrease in the phytate content of the beans (85%) with use of soaking was observed.”

The Journal of Food Science and Technology reported a study which found, “Soaking studied red beans before utilization will increase their nutritive value.”

Plant Foods For Human Nutrition reported a study saying, “The removal of oligosaccharides was higher in legumes cooked in alkaline solution than in water.”

Toxins reported, “Phytate also has been shown to inhibit digestive enzymes such as trypsin, pepsin, α-amylase and ß-glucosidase. Therefore, ingestion of foods containing high amounts of phytate could 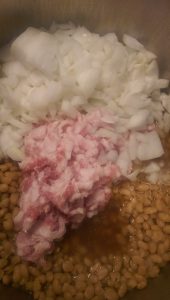 theoretically cause mineral deficiencies or decreased protein and starch digestibility. Phytate is fairly heat stable, but can be removed by soaking or fermentation.”

The key to adding sweetness to these baked beans is licorice root tea in the cooking stock. After the beans have soaked, put them in a dutch oven with two quarts of previously prepared meat stock. To the top of the pot add 2 sachets of licorice root tea. To make each sachet fill an unbleached coffee filter with as much licorice root as will fit so that you can still tie the coffee filter closed. I simply gather the coffee filter together and wrap thread around the top, just wrapping it around and around, not even tying it together. 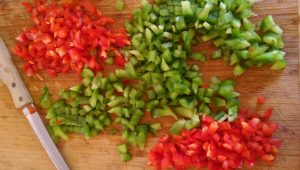 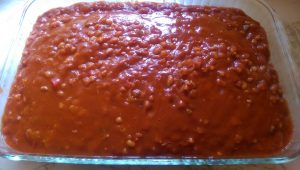 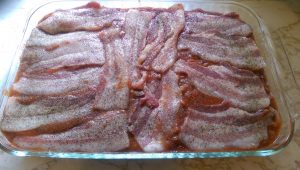 [yumprint-recipe id=’35’]*Nourishing Plot is written by Becky Plotner, ND, traditional naturopath, CGP, D.PSc. who sees clients in Rossville, Georgia. She works as a Certified GAPS Practitioner who sees clients in her office, Skype and phone. She has been published in Wise Traditions, spoken at two Weston A. Price Conferences, Certified GAPS Practitioner Trainings, has been on many radio shows, television shows and writes for Nourishing Plot. Since her son was delivered from the effects of autism (Asperger’s syndrome), ADHD, bipolar disorder/manic depression, hypoglycemia and dyslexia, through food, she continued her education specializing in Leaky Gut and parasitology through Duke University, finishing with distinction. She is a Chapter Leader for The Weston A. Price Foundation. becky.nourishingplot@hotmail.com

Wood And Cotton In Your Supplements Could Be Damaging Your Health