“Our bodies need sun exposure to produce cholesterol sulfate which provides cholesterol, sulfate, negative charge and energy to all the tissues of the body,” says Dr. Stephanie Seneff, Senior Research Scientist at the MIT Computer Science and Artificial Intelligence Laboratory. Seneff specifically studies nutritional deficiencies, environmental toxins and the impact of both on health.

Cholesterol, made by the body, is sent out to heal illness within the body, says Dr. Natasha Campbell-McBride, MD, and author of Put Your Heart In Your Mouth.

Dr. Seneff says disease originates from an, “insufficient supply of cholesterol sulfate” which prevents the proper cell function. Autisms starts from “the fetus during gestation and the infant postnatally”. She goes on to say the, “Lack of sulfur impairs cholesterol transport. Cholesterol is produced by the body to fix improper functions of the body.”

Dr. Seneff says the, “Main contributory factors are insufficient sun exposure and insufficient dietary sulfur.” The origin transforms into a downward spiral. She clarifies, “Sulfate production is stimulated by sunlight.”

The connection between cholesterol and sulfur is not a separate issue, it’s a symbiotic one. Seneff says, “Cholesterol is present in all cellular membranes, where it is vital for their proper structure and function. Cholesterol represents a key component of cellular membranes’ lipid rafts.”

At the Weston Price Conference in London, 2014 she stressed the value of eating beneficial saturated fat, specifically animal fats and taking in cholesterol with how it positively affects your health. She says many people are close minded to the concept and she finds Weston Price individuals are refreshing for their desire to learn and seek the facts.

Most applicable, Dr. Seneff links the inability to process sulfur and the connection to cholesterol saying the source cause is pesticide and GMO intake. 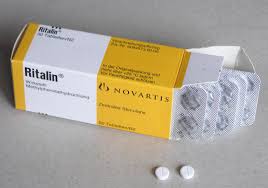 The Environmental Magazine says, “Children today are sicker than they were a generation ago. From childhood cancers to autism, birth defects and asthma, a wide range of childhood diseases and disorders are on the rise. Our assessment of the latest science leaves little room for doubt: pesticides are one key driver of this sobering trend.”

Aquatic biologist Rachel Carson, author of Silent Spring says pesticide use is to blame for the death of animals, birds and humans.

Monsanto maintains the stance that Round Up does not have a link to human toxicity since humans do not carry the shikimate pathway.

The Journal of Occupational Medicine and Toxicology published an article connecting Glyphosate and the death of liver cells. They printed, “All the four Roundup formulations provoke liver cell death, with adjuvants having stronger effects than Glyphosate alone.” They go on to say, “Roundup is able to provoke intracellular disruption in hepatic cell lines at different levels.”

Seattle’s Examiner.com published a series of articles on Genetically Modified Organisms and the deterioration of health in the United States where they said, “Monsanto, Dow and the other peddlers of both chemicals and genetically engineered seeds is that GMO food is ‘identical to non-GMO products’.”

4 Ingredients You Wouldn't Eat, Unless It's In Your Food