“NEVER cook with olive oil. Never heat, never cook with it. Nut and seed oils are extracted in cold conditions and in the dark. They can be easily damaged. Never cook with cold pressed olive oil. The value of olive oil is in its micronutrients- salicylates, phytonutrients. The aspects that make it green and spicy, this is the healthy aspect of olive oil,” Dr. Natasha Campbell-McBride tells her Practitioners in Certified GAPS Practitioner Training.

Olive oil is best pressed cold when it contains higher nutrition from ripe olives. The olives are pressed to extract their oil. Some olives are so ripe that when you lay them on the tray, they drip oil without any pressure from the machine. This oil is optimal.

Jamie Ayton, Rodney J. Mailer and Kerrie Graham were researchers in the study establishing stability in processing, packaging, shipping and shelf life. They found, “The Effect of Storage Conditions on Extra Virgin Olive Oil Quality (PDF)” is that olive oil should be stored at cool temperatures, away from light and without exposure to oxygen. Otherwise, the olive oil can deteriorate so much that it can no longer be classified as extra virgin olive oil.” 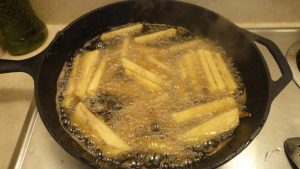 Tocopherols were lost meaning the vitamin E content of the nutritious oil was greatly depleted if not diminished altogether.

The Journal of Agricultural and Food Chemistry reported a study saying, “Two monovarietal extra virgin olive oils were subjected to heating at 180 degrees C for 36 h. Oxidation progress was monitored by measuring oil quality changes (peroxide value and conjugated dienes and trienes), fatty acid composition, and minor compound content. Tocopherols and polyphenols were the most affected by the thermal treatment and showed the highest degradation rate.”

The publication concluded, “We conclude that despite the heating conditions, (virgin olive oil) maintained most of its minor compounds and, therefore, most of its nutritional properties.”

This statement ranks in the same category of everything in moderation. Eating food, if it’s not food, is not healthy. Drinking lighter fluid in moderation is not acceptable, eating antifreeze in moderation is not healthy– yet these are the ingredients are in processed foods today. The preservative tertiary butylhydroquinone, or TBHQ, is lighter fluid, used in chicken nuggets. Propylene glycol, antifreeze, is used in ice cream and frozen yogurt to prevent them from turning into a block of ice.

If food is not in its real food form the body can not recognize it for digestion. This is true for olive oil in its original unadulterated state. 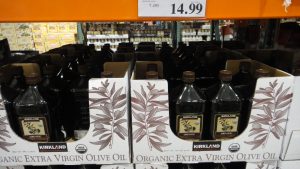 Some “experts” say olive oil has been heated for centuries by the ancient Greeks, Romans and Italians. Others say they never heated olive oil, unless it was being used as lamp oil, it’s only the later generations that have heated the oil.

Atherosclerosis, a journal which analyses disturbances of lipid and lipoprotein metabolism, says olive oil is altered and suffers oxidative stress when heated.

The World Journal of Gastroenterology says, “Virgin (unrefined) olive oil contains a significant amount of antioxidants and α-tocopherol and phytochemicals. However, when refined or heated, olive oil loses these natural compounds. The exact composition of olive oil depends not only on the growth conditions in the year preceding the harvest, but also on the degree of ripeness of the fruit and the technical processing (cold pressing, refining).”

If heat in the extraction damages the oil, we would be naive to believe heating the oil in cooking doesn’t damage the oil. 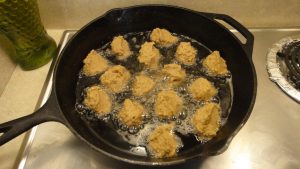 Quality olive oil should be green in color and taste spicy. It should be stored in a colored glass container to deter sunlight from damaging the oil. Cooking is best done with grass fed tallow, pastured lard, unrefined coconut oil or butter if high heat isn’t used. To learn how to make your own tallow or lard at home click here.