Doctor Natasha Campbell-McBride, MD, neurologist and renown healer of the most drastic diseases says one of the best pathways to health is through sauerkraut as it feeds the enteric neurosystem which connects the intestinal tract to the brain linking psychiatric disorders to the gut.

“If the gut is still damaged, if the gut flora is still abnormal this river of toxicity continues flowing from the gut to the brain. Toxicity builds up again so the (person) slides back to what ever the disorder is,” Dr. McBride says. 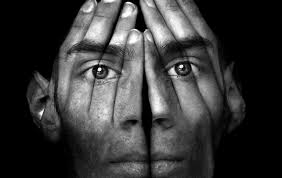 “I’m absolutely convinced that all psychiatric disorders, no matter what label they were given, whether this is schizophrenia we’re talking about, or depression, or bipolar disorder, or any other disorder including many cases of adult epilepsy, are GAPS people. These people have got abnormal gut flora. On top of producing all those toxins, the microbes in the gut, they damage the integrity of the gut wall. They make it porous and leaky until the holes develop in the gut lining of the person. As a result food doesn’t get a chance to be digested properly before it absorbs. All protein in these people is mal-digested. It absorbs in a partially digested form. When the immune system finds these inappropriately digested proteins in the blood stream it looks at them and says you’re not food. I don’t recognize you as food, and attacks them.” This is the origin of allergies but can also manifest as an asthma attack, an anxiety disorder, anything.  McBride says there can also be a delayed reaction of up to two weeks when the response appears. 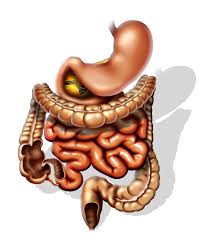 “I’m absolutely certain that all physiology, all auto immune, is born in the gut. The physiologists have been around for decades now that around 85% of our immune system is located in the gut wall. The digestive system is the most important thing going on in your body.” The blood becomes a river of toxic chemicals as McBride says.

“What you’re recommending here has been known for close to a decade in terms of enteric neuroscience, the new discipline that has come out in the last 8-10 years at the post doctoral level. Meaning medical doctors are not being trained on this. But after receiving a medical degree or after receiving a PhD, very few people are going back and they’re studying post doctorally at Harvard, at Oxford, at Cambridge, at Stanford. There are a few universities who are really emphasizing this world of enteric neuroscience,” Dr. Tom O’Bryan of theDr.com says. 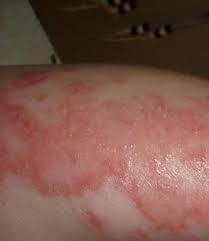 Dr. Natasha says Th 1 is normally responsible for attacking these responses. When the gut flora is out of balance Th 1 is disabled. Th 2 rises to attach becoming hyperactive. Progressive ailments begin starting with the first response being allergies, eczema, hay-fever and skin rashes. More advanced situations manifest in things like autism, bipolar disorder, anxiety, depression and schizophrenia. As the progression continues it eventually turns into an autoimmune disease.

Healing this cascade of illness is readily available through nourishing foods. With the main goal of feeding the beneficial bacteria while starving out the bad bacteria you can nourish your body while healing and sealing the gut lining. Dr. Natasha lays out this protocol in her GAPS book.

To reduce the bad microbes you need to feed the good through probiotics and cultured foods.

Since most probiotics on the market today are prophylactic, according to Dr. Natasha you should find, “A really strong one made out of as many species of bacteria as possible.” 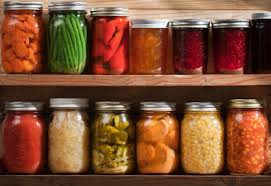 Cultured foods are food that have been fermented like sauerkraut, kim chi, kefir, yogurt and the like. “Fermentation process will preserve that food for several years. Sauerkraut will preserve that cabbage for five years, even out of the frig.” She goes on to say, “With every mouthful of sauerkraut you’re consuming billions of beneficial microbes which will be killing the pathogens in your gut driving them out and replenishing the beneficial flora in your digestive tract.”

If money is an issue and a patient can not afford a good quality probiotic Dr Natasha recommends making your own fermented foods. She says your body can absolutely heal and seal through only foods.

Dr. Natasha says, “The fact that your doctor doesn’t know that something is curable doesn’t mean that the knowledge doesn’t exist elsewhere.”

Making kraut at home is simple and easy. It is also one of the most economical ways to rebuild your immune system through probiotics.

*Dr. Natasha’s information in this article was found on the linked websites as well as an interview done at The Gluten Summit, 2013 where Dr. Tom O’Bryan interviewed Dr. Natasha Campbell-McBride.

The Root Cause of Yeast Overgrowth