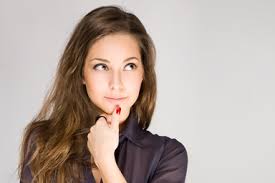 Patients are repetitively encouraged to eat gluten free to cure their illnesses only to find themselves in a worse situation. This is especially true for autistic individuals. Gluten free foods contain prolamines which are indigestible to a damaged intestinal tract. Certain individuals do not have the prolyl oligopeptidase enyme which breaks down prolamines.

Jordan Reasoner, co-founder of SCD Lifestyle and author, is a recovered celiac sufferer and advocate for eating real food to cure disease. Once he was diagnosed with celiac disease he switched to a gluten free diet and continually got sicker over the following two years. His testimony is one of thousands, myself and son included.

For most patients suffering from any illness, gluten free diets do not work. 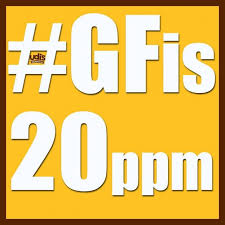 On August 2, 2013 the Federal Drug Administration (FDA) published in the Federal Register and announced a press release saying, “In order to use the term ‘gluten-free’, ‘no gluten’, ‘free of gluten’, and ‘without gluten’ on its label, a food must meet all of the requirements of the definition, including that the food must contain less than 20 parts per million of gluten.” This new rule was directed to the FDA by the Food Allergen Labeling and Consumer Protection Act (FALCPA).

Manufacturers have one year to come into compliance with this new rule.

Gluten free products jumped in sales 18% in 2012 selling over $12 billion in product. Other products that have gone gluten free recently are playdough, stickers and finger paints. The fact remains, however, that gluten free foods cause inflammation which directly causes illness. 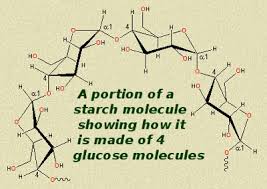 Gluten free foods continue the sickness cycle because many gluten free foods are comprised of high starch flours that feed bad bacteria in the gut, are indigestible and do not nourish the body. It is an empty food that perpetuates the cycle of sickness. High starch gluten free flours are rice flour, brown rice flour, garbanzo bean flour, tapioca flour, corn starch, baking powder, arrow root powder and even cocoa powder.

Reasoner says, “Gluten free foods are still junk food in disguise.” He goes on to say, “It’s making us sicker.” He sites the reasoning as, “The average gluten free diet is built on the same foundation as the Standard American Diet (SAD), both are low fat diets with highly processed food most of which are toxic. These foods are low in nutrients and high in toxins.” 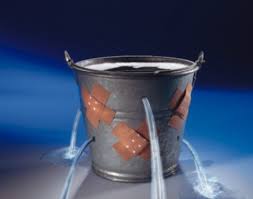 Wheat and grains are not beneficial to people who suffer from celieac, chrones, ulcerative colitis, autism, ADHD, anxiety and bipolar disorder because they contain prolamines. Prolamines are highly indigestible to a damaged intestinal tract. Prolamines are indigestible because these patients specifically do not have the prolyl oligopeptidase enyme which breaks down prolamines.

Pages on the Monsanto website. This means the soy bean itself has Roundup agricultural herbicides in the bean and as the plant pollinates you are “spraying” Roundup herbicide. The soybean contains Roundup in it when it is planted, the plant pollinates Roundup in the wind and you eat Roundup when you eat soy. This is why soy leads to inflammation and causes other intestinal damage.

Environmental Health News reported, “Scientists found that Roundup’s inert ingredients amplified the toxic effect on human cells—even at concentrations much more diluted than those used on farms and lawns.”

In essence every time you eat a soybean you are taking a sip straight from the bottle of Roundup.

Reasoner says, “Soy is filled with toxins and it screws up your hormones because of the presence of phytoestrogens and this is important because phytoestrogens  are linked to cancer, infertility, hypothyroidism and potentially thyroid cancer.”

Contrary to good fats, processed oil like canola, rapeseed, safflower oil and sunflower oil cause enormous damage and are found in gluten free foods. They are high in omega 6 fatty acids without omega 3 balancing it out, directly causing inflammation. Canola, grown in Canada, gets its name from the word Canada combined with “oil low acid” giving us can-ola, or canola. Soyatech.com says, “In Canada there are three main groups of herbicide-resistant canola: Roundup Ready and Liberty Link varieties that were produced using genetic modification, and Clearfield varieties that were developed using a traditional plant breeding technique called mutagenesis.” The seeds are pre-treated with the herbicide inside the seed in the same manner stated above for soy.

Canola oil comes from the yellow flowers that close up into pods filled with seeds. Canola oil is extracted from these seeds which contain roughly 42% oil. The left-over seed then gets manufactured into meal for livestock. Please note if these oils are making humans more ill, and seed by-product is fed to livestock, you as the meat eater are eating the pesticide laden canola seeds when you eat meat. The pesticide is passed into the livestock through the food. This is why it is so vital to eat grass-fed beef. 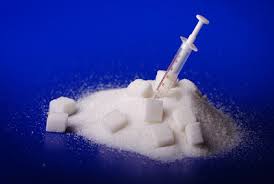 (which is sugar) and others. Sugars, in all forms, feed bad bacteria in the intestinal tract causing Leaky Gut. The only sweetener approved for those with leaky gut is local honey in limited doses or unprocessed stevia leaves. Stevia in the store has been processed and bleached for your consumption making it an unapproved food for intestinal healing.

The cure for an inflammatory disease is to stop the cycle of inflammation and feed the good bacteria in the intestinal tract. Nourishing your body with real food is the source to healing. Foods that are easy to digest and contain no sugar are your best options. Diets that starve out the bad bacteria but nourish your body can be found through GAPS foods,  the Specific Carbohydrate Diet or the Paleo Diet.

Click here for one of the best resources of which foods benefit and help heal.

Dr. Natasha Campbell-McBride, neurologist, MD, mother of an autistic child who has recovered from food and works at an autistic clinic in Britain, where she has walked thousands of children out of autism, says these patients have a lack of stomach acid which causes issues with digesting their food. This is the starting point of inflammation as undigested food continues into the small intestines where it either feeds good bacteria or bad bacteria and then passes through ulcerations in the intestinal wall caused by the bad bacteria where it then enters the blood stream.

Once this healing takes place, especially in the small intestine, food gets absorbed and the body gets nourished. Generally kids heal faster than adults. Some adults take three years of constant healing foods, abundant amounts of grass fed bone broth and powerful probiotics to reach a level of normalcy.

Signs and symptoms that you are having issues with inflammation are congestion, gas, bloating, diarrhea, constipation, anger, impatience, fatigue, joint pain or cramps. Some food sensitivities do not appear for up to three days. The cleaner your food intake the easier it is to see which foods are causing inflammation.

Gluten Free diets perpetuate illness while eating real food, as close to the state in which it was grown, including grass fed meats and organic vegetables and lots of good fats, heals illness. Dr. Natasha states, “Meats and fats nourish, vegetables cleanse.”

Each Mouthful Of Sauerkraut Contains Billions Of Probiotics