“One out of every three kids in the US today has asthma, allergies, autism or ADHD,” says Robyn O’Brien, food analyst nicknamed Food’s Erin Brokovich by the New York Times and author of The Unhealthy Truth. She goes on to say, “The CDC was reporting that one in three caucasian kids and one in two minority kids born in the year 2000 are expected to be insulin dependant by the time they reach adulthood. From 1997 to 2002 there was a doubling of the peanut allergy. In 2006 one out of every 17 kids under the age of three had a food allergy. The data is absolutely astonishing. ”

A food allergy is a reaction to a substance identified as foreign. 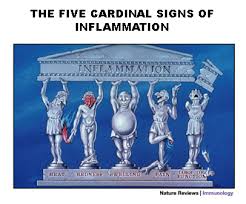 To protect itself from the foreign invader it begins the inflammatory process to push out the undesired substance. Mild allergic responses could be itchy throat and watery eyes. More aggressive responses would be the throat swelling closed and the inability to breathe.

Not all food issues respond immediately. Dr. Natasha Campbell-McBride, MD, neurologist and author of GAPS, a book which teaches how to cure allergies, says pathogens in the intestinal tract grow rampant from antibiotic use as well as other medications, bleaching of foods and GMOs. Clostridia and yeasts propagate rampantly along with other opportunistic 400 species of gut flora including bacteroids, peptococci, staphylococci, streptococci, bacilli, enterobacteria (proteus, klebsielli, citrobacteria, etc.), fuzobacteria, eubacteria, spirochaetaceae, spirillaceae, and catenobacteria and many viruses.

Food Intolerance UK says, “Food intolerance can take days to make itself known. Very few of us would ever stop to think that the cause of the discomfort or distress we’re suffering on a Sunday could actually be our breakfast from a few days ago.” Shockingly they add, “Food intolerance is thought to affect up to 45 per cent of the population at some time – with most completely oblivious to it.”

Environmental Medicine in Clinical Practice says physicians see a masking phenomenon where reactions to frequently eaten foods run together. One reaction will pile on top of another making it difficult to decipher what is actually happening.

O’Brien begs the question most moms want to ask when she says, “If our children are having these reactions because they see food as foreign why is no one talking about all these foreign artificial ingredients and proteins and all these new things that we have pumped into our food in the last 15 years?”

She asked this question to what O’Brien refers to as, “One of the largest food allergy groups in the United States.” This non-profit group, “Really wanted me to stop talking. They sent out a cease and desist order and tried to get me to be quiet. It made no sense. I was fund-raising for their efforts.”

With an analyst background O’Brien did some research on the non-profit looking for answers. “I pulled their financial statements and that’s when I learned this large non-profit group’s website had been completely and 100% funded by Kraft. Their doctors were actually inventing patents at the time for a company I had never heard of called Monsanto.”

That’s when O’Brien became an advocate for kids with allergies, including her own. 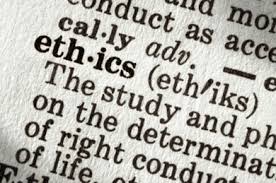 She points out the dichotomy where, “On the one end you’ve got industry telling us ‘It’s fine, it’s totally safe. Don’t worry about it. This is the most tested product ever introduced on the market.’ On the other hand when they were introduced in the 1990s countries around the world said we don’t have that long-term research. We don’t have these long-term human health studies.”

Most importantly she adds, “We have no idea what the synergistic toxicity might me of pouring all these ingredients into the food for the first time ever. With the introduction of genetic engineering there has been such a fundamental shift in the way that food had been grown and produced that 64 countries around the world labeled it and 27 banned it outright.”

Robyn O’Brien is a former business analyst who is now a career mom. She said, “This is a brilliant business model. You’re going to make a lot of money. You’re trying to sell chemicals so you hardwire that seed so it can withstand massive amounts of your chemicals. That chemical revenue line is going to go straight up! On top of that they patented those seeds. They were charging royalty fees and licensing fees and trade fees to farmers so they’ve got another revenue line, and another revenue line and another one!”

O’Brien was most concerned with the kids and the allergies. She tracked, “The first genetically engineered product in our food supply was an artificial growth hormone that’s pumped into our dairy cows to help them make more milk. According to CNN and The Wall Street Journal milk allergies are the most common food allergies in the United States.”

This growth hormone injected into the cows is also genetically modified and causes mastitis, skin rashes, lameness and ovarian cysts according to Farm Sanctuary. Medicines are given to these cows so they can continue producing milk. Click here for more information 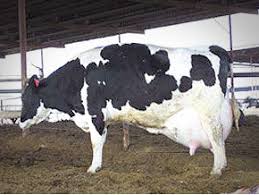 Organic Consumers has linked colon, breast and prostate cancer to this growth hormone saying, “A 1998 study, based on 300 healthy nurses, showed that elevated IGF-1 blood levels are strongly associated with up to a seven-fold increased risk of developing pre-menopausal breast cancer.” Another showed, “Uncontrolled growth of normal human breast cells in tissue culture.”

The American Cancer Society has come forth saying, “The available evidence shows that the use of rBGH can cause adverse health effects in cows. The evidence for potential harm to humans is inconclusive. It is not clear that drinking milk produced using rBGH significantly increases IGF-1 levels in humans or adds to the risk of developing cancer. More research is needed to help better address these concerns.”

Other sources with similar stories are soy, corn, alfalfa and others, 50 in total at time of this print.

According to NPR currently 18 cents of every dollar goes towards healthcare. 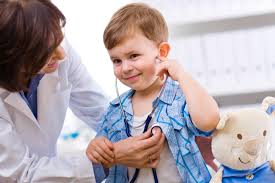 If it’s not food, don’t put it in your mouth.

Permaculture, Back To The Basics For Nutrition