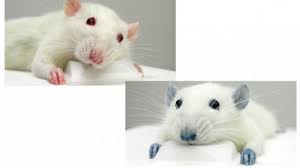 Kellogg and Kraft do not use food dyes in the products they produce and distribute in Great Britain while food dye consumption in America has increased five fold since 1950.

“In September 2007, a study in the U.K. medical journal The Lancet came to a similar conclusion, leading the European Parliament last July to order such products  to carry a label warning consumers of the potential risk. Such concerns are behind the decision by the Nestlé–Rowntree candy company in England to pull  its blue Smarties—an M&M look-alike—from shelves in 2005. In February 2008, the company brought them back, using spirulina, a bluish mixture of two species of cyanobacteria, in lieu of the chemicals,” says Scientific American. 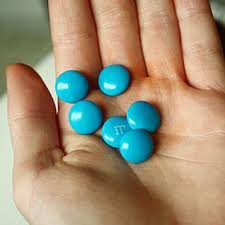 This food dye is found in blue, green and purple foods like icing, candy, drinks and cereals. It comes in a blue powder or granules and dissolves in water and ethanol.  Blue #1 is illegal in France and Finland #2 is banned in Norway.

Research shows Indigo Carmine is connected to brain tumors. Originally it was derived from coal tar but is currently more synthetic from other oils and has been used for a long time in the textile industry as a fabric dye. This dye is commonly used in food-ish items today. 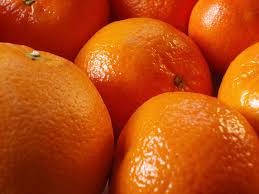 Citrus Red is connected to bladder tumors and is banned in US processed food. It is still used to coat the skin of oranges, especially Florida oranges. You can test your oranges by sitting them on a white sheet of paper on a window sill for a few days. Treated oranges will most often leave an orange stain on the paper. The Medical Dictionary says, “The impact of the low levels to which humans eating dyed oranges are exposed is uncertain.”

Toxnet (Toxicology Data Network) says, “No data are available in humans. Sufficient evidence of carcinogenicity in animals.” They go on further to say, “Occupational exposure to Citrus Red 2 may occur through inhalation and dermal contact with this compound at workplaces where Citrus Red 2 is produced or used.” 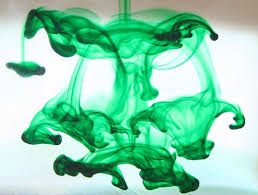 Fast Green is linked to bladder tumors, shows to be a carcinogen in animals and is illegal in the European Union. Most evident was tumors at the injection site in test animals.

This most commonly used dye shows damage in chromosomes as well as  lymph nodes and is the number one food dye linked to hyperactivity such as ADHD.

Portland WCSH Channel 6 news did an extended report on the affects of red dye #40 and the direct like to ADHD in specific case study children. The FDA told them, “The Food and Drug Administration says its scientists have found color additives to be safe. While the agency does monitor reports of problems with Red Dye #40 and other food colorings the FDA says, “Individual anecdotal experiences from the elimination of a particular food item may not have been performed in a scientific manner and that many other factors may be responsible for any observed changes.”

Red 40 originates from coal. Another common red coloring, cochineal, used in strawberry shakes and other treats comes from crushed up bugs that emit the red color. To read more click here. 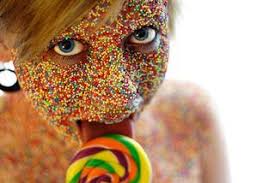 In 1990 The New York Times reported, “The Food and Drug Administration today banned many uses of Red Dye No. 3, saying studies had shown that very high doses of the color additive can cause cancer in laboratory animals.” The FDA failed in completely banning this color. Only one fifth of the product usages was banned. They FDA reported, “Consumers could continue to use existing supplies of products that already contain the dye.”

Tartrazine is shown to cause chromosome damage, thyroid tumors, lymphoma, ADHD, violent outburst, aggression, asthma and allergies. It is currently illegal in Norway.

Live Science reported, “Two small studies in mice — one from Algeria in 2009 and one from India in 2010 — linked tartrazine intake with slightly decreased sperm production.” Some people today use Mountain Dew, which gets its well known color from tartrazine, as birth control under this premise.

For natural food dyes use this along with blueberries or red cabbage for blues and purples, pomegranates for red and turmeric for yellow. Strong colors are not difficult to find naturally. 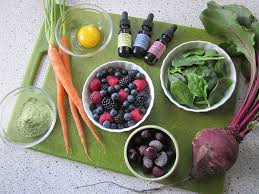