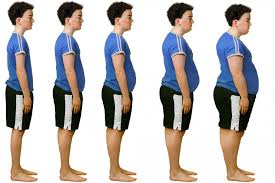 “If you wanted to inflict diabetes on a world on an incredibly unprecedented scale, you would have them eat plenty of healthy whole grains. That is exactly how you would create diabetes,” says Dr. William Davis, MD, cardiologist, author of Wheat Belly and his coming book he nicknames Heart Scan, entitled What Does My Heart Scan Show? He says, “Modern wheat is a perfect obesogan.” Wheat is by far the dominant force causing 80-90% of all Diabetes Type II cases.

Davis says cutting the fat and eating whole grains is not beneficial. What he does see is when people drop the wheat they lose their appetite. He states grains are inflammatory foods and wheat specifically, with the component of gliadin produces a, “gliadin-induced abnormal increase in bowel permeability.

“Wheat products increase blood sugar more than any other food,” he adds. If high blood sugar exists you can not have a healthy heart. His protocol for his heart patients is to remove the wheat and sugar. An overwhelming pattern arose when health issues diminished in his patients.

“Celiac disease has quadrupled in the last 40-50 years. It’s likely to be a change in the gliadin genetic sequence,” Dr. Davis says. Glia-alpha 9 is thought to be the cause as it was hard to find in the 1950s wheat strains but is in just about all of today’s modern wheat. Davis believes, “This is most likely the sequence that triggers celiac disease.” 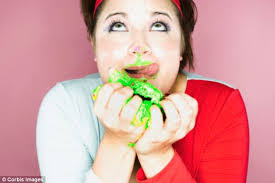 Dr. Davis adds, “With wheat there is a cycle of insatiable hunger resulting from the high blood sugars and low blood sugars wheat provides.”

While studying heart scans to determine how much plaque existed and the calcium scores, he says, “Once you have plaque it has a 30% per year expected rate of rise.”

Davis says the peptides in gliadin, the enzyme in wheat, mimic an opiate in the brain. The same way a drug addict needs another hit, wheat stimulates the appetite in an insatiable manner.” They tend to stimulate appetite for junk carbohydrates. All compounded by this gliadin opiate affect,” Davis says.

“No one on the planet is eating the same wheat Jesus Christ ate,” says Dr. Tom O’Bryan of theDr.com. Modern wheat today has 42 chromosomes, Emmer wheat in the Bible had 28 chromosomes, Einkhorn wheat which preceded Emmer had 14 chromosones. “Before we ate the seeds of grasses tooth decay was virtually unknown. We developed a massive iron deficiency. Grains were a food of desperation.

Dr. Davis says he no longer sees heart attacks in his patients once they change their food.

His protocol is: no grains, no sugars, supplement vitamin D and omega-3 fatty acids (he uses 3,000-6,000 mg/day of EPA and DHA preferably in triglyceride form), correct the thyroid (TSH of 1.5 or less T4 and T3 in the upper half of the range) and identify any genetic causes. He has gone from having a couple patients a week having heart attacks to not seeing heart attacks at all. This famous cardiologist says he hasn’t seen a heart attack in years.

He says, “One uncertainty is bowel flora. Bowel flora is so disruptive today! We have disbiosis. We have small bacterial overgrowth. In other words a bad diet disrupts bowel flora but it includes and increase of LDL in your blood stream. It undergoes a spontaneous correction in a matter of months.”

Patients recommended to follow a low fat diet because they have two ApoE genes he says, “Let me tell you what happens, they get fat and get dementia!” 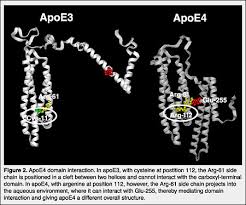 He says the protocol is to cut the grains and sugars and watch the fat intake on these patients only. Sears says ApoE 4 patients are hypersensitive to fats. He says, “They are hyper-absorbent of fats.” This condition is rare and it’s the only time fat intake needs to be monitored.

If you don’t know if you are ApoE 4, Davis recommends a lipoprotein test. “These people are thank goodness the acception.”

When you remove wheat, rye and barley you will experience an opiate withdrawl. Things to expect are headaches, exhaustion, fatigue, depression and flu-like symptoms. In fact this withdrawl, or die-off, is often considered an Atkins flu or Paleo flu. To reduce symptoms reduce stress, hydrate, increase use of sea salt, supplement magnesium, add a high potency probiotic (50 billion CFUs for 8 weeks or longer) and consider iodine supplements.