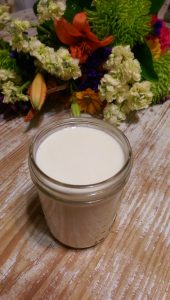 In an effort to ship product without bulging and leaking packaging a study was done freezing traditionally made kefir and commercially made kefir, counting the probiotic strains.

The study was performed as a Master Thesis for the Louisiana State University and Agricultural and Mechanical College, tested and written by Keely Virginia O’Brien. The findings were published in The Journal of Dairy Science, The Official Journal of the American Dairy Association.

In O’Brien’s study, each variation of kefir was frozen directly after fermentation. The samples were thawed and plated, tested for lactobacilli, lactococci and yeast. Thawed tests were done on day 0, day 7, day 14 and day 30.

O’Brien says, “Commercial kefir products have been designed to reduce these effects by using a pure starter culture consisting of a mixture of bacteria and yeast species that give a flavor similar to traditional kefir, but some health benefits may be lost in commercial production due to reduced microbial diversity and lack of beneficial exopolysaccharides.” 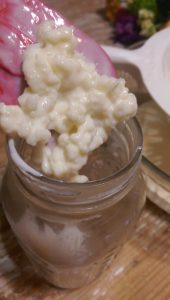 The traditionally brewed kefir was inoculated with kefir grains.

O’Brien found, “Lactobacilli, lactococci and yeasts were significantly (P<0.05) reduced in number during frozen storage; however, the traditionally produced kefir was shown to have significantly viii (P<0.05) higher counts of bacteria and yeast at each sampling.”

This means the commercial starter packet that brewed the kefir left the probiotic food with a remarkably lower probiotic count than the kefir brewed with kefir grains.

They go on to say, “At least one exopolysaccharide has been identified in kefir, although others may be present. Many bacteria found in kefir have been shown to have proteinase activity, and a large number of bioactive peptides has been found in kefir. Furthermore, there is evidence to show that kefir consumption not only affects digestion but also influences metabolism and immune function in humans.” (page 12). 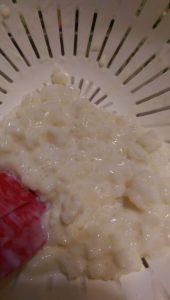 The Journal of Dairy Science said, “Kefir grains, which may contain up to 27 bacterial species from genera including lactobacilli, lactococci, leuconostocs, acetobacter, enterococci and micrococci and up to 30 different yeast species from genera such as kluvermyces and sacromyces; the strains are bound together by the exopolysaccharide kefira.”

After freezing both products showed a reduction in probiotic strains as well as beneficial yeasts.

The kefir grain brewed kefir showed higher beneficial bacteria and yeasts than the commercial starter packet kefir, but both were greatly reduced in number in comparison to the unfrozen product.

The study was performed as an effort to freeze kefir safely, without bulging and leaking packaging. O’Brien concluded, “Frozen storage and the development of frozen kefir products could eliminate most packaging concerns associated with the large scale manufacture of traditionally produced kefir, resulting in increased production and marketability of this healthful product.”

This, of course, happens because the product, after frozen, is greatly reduced in live activity.

O’Brien said, “Numerous studies have found that the total numbers of viable bacteria found in milk fermented with kefir grains to be greater than kefir made with isolated starter cultures (Marshall, et. al., 1985; Duitschaever, et. al., 1988; Marshall, 1993); this would provide advantageous during periods of cold storage, where the microbial counts are likely to be reduced. However, lactic acid bacteria has been shown to be remarkably stable during long periods of frozen storage; in a study by Lopez, et. al. (1998), lactic acid bacteria did not suffer any significant reduction in lactic acid bacteria during four months of storage at -23°C and retained a log count of around 107 cfu/g for the entire period.”

To be clear, her study was as attempt to prevent bulging and exploding packages while shipping them to the store. Her recommendation to use kefir from a starter packet is because there was less beneficial strains. When this reduced in number further due to freezing the product it made for less bulging and exploding of the packaging in shipment.

Using kefir grains, on the contrary, created a higher beneficial strain count leaving a higher count after freezer, even though the count was greatly lowered by freezing. 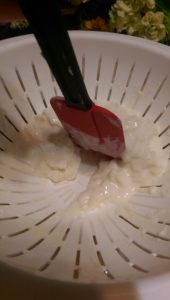 Food Science and Technology Bulletin says, “Kefir grains themselves have inhibitory power against bacteria that can be preserved during lyophilization. Fresh kefir grains were found to inhibit the growth of the bacteria Streptococcus aureus, Klebsiella pneumoniae and Escherichia coli.” (page 11). Lyophilization is the process of freeze drying.