GAPS Shakes are also added on Stage Two.i GAPS Shakes help to lubricate the bowel through increased bile flow. They are reported to gently massage the gallbladder while opening up the bile ducts. “Fat in stools means that not enough bile is being released from the gallbladder to emulsify fats. The most common reason in GAPS patients is gallstones. A gallstone is a clump of infection or a fragment of a worm, coated by bile: this is a defense reaction the liver has, when pathogens get into the bile ducts,” Dr. Natasha says.ii

Fat in the stool is often recognized with stools that float. For most people this is not a point of concern as it adjusts on time as the microbiome repairs.

Parasites can also cause a struggling gallbladder.

McBride goes on to say, “(When) the liver does not get enough stimulation to empty the bile into the duodenum, the bile stones stay in the bile ducts too long and become calcified. As the stones accumulate calcium salts on their surface, they get larger and their surface becomes hard and rough, so they cannot be easily passed through the bile ducts.”iii

These stones build and grow in the liver and gallbladder. As they grow they block the bile ducts and bile is not passed through into the intestines. This leads to inadequate digestion of fats. 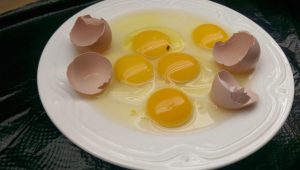 A GAPS shake is fresh pressed juice from a juicer (like this one or this one) with a large dollop or two of home brewed sour cream and one or two yolks from pastured chicken eggs. The juice should be comprised of 50% organic green apple as the malic acid in the apple assists in softening gallstones. The remainder of the juice should be organic greens and 5% organic beet, according to Dr. Natasha’s recommendation.

Dr. Natasha says the reason for a small portion of beet is, “Because beet is too powerful. It can make you nauseous if yo put too much. It can make you vomit. It can really make you feel sick because it really cleanses, very powerful.”iv 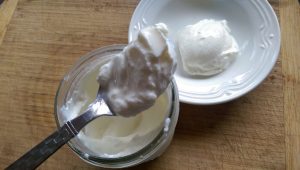 If you don’t have the nausea or the vomiting, Dr. Natasha says, “I would build it up gradually. You can have up to one beet root per one quart of juice.”v

This author’s favorite juice is 50% organic kale, one organic lemon and two small organic green apples with one or two dollops of home brewed sour cream and one or two pastured yolks.

If you can not do GAPS shakes due to the sour cream, coconut oil is recommended as a substitute.

Drink the juice within 30 minutes of juicing as it loses its nutritional value quickly. The sooner you drink after juicing, the more nutrition is retained.

GAPS Shakes are best on an empty stomach, once or twice daily.