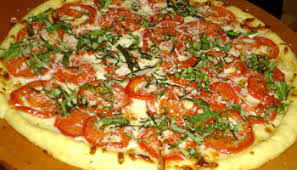 Today my autistic spectrum child proved to us, yet again, how food affects his system on a level of sensitivity that makes us look at food like it’s a drug. He made one mistake, eating gluten free pizza. Exhaustion settled on him like a dark cloud so thick it was impenetrable. His ears hurt when the air conditioning kicked on, the hum of the refrigerator was deafening, the dehydrator fan was blaring in his ears. His shirt became needles as it touched his skin while the tag was a zone of fire lighting up his neck. He was frustrated. He was defeated. He was angry.

He snapped at his brother. School was over, tears were fought with every power of his strength, his brain was confused with emotions that weren’t real.

The project he was working on for the looming County Fair came to a screeching halt. Instantaneously he was consumed with thoughts of failure. It wasn’t just failure it was a deficiency bomb that imploded inside his head. He signed up for this project and now it looked as though it wouldn’t get completed. He couldn’t function.

His discomfort was visible. You could see his blood crawling with insects. They were racing through his system like they were buzzed on caffeine. His ears were lit up with sounds that were so loud he wanted to scream – like he wanted to tear out so fast in a dead run that his suit of skin would be left standing in place leaving only echoing cartoon escape sounds.

Then without thinking his brother shoved his hand into the Lego drawer. The sound of Lego pieces crashing against each other in a cacophony of crashing knives made him freeze.

He looked as though he was going to detonate.

I watched the scene unfold in less than five seconds. Memories of our lives seven years ago flooded my brain as I remembered what life was like when he suffered from autism, ADHD and bipolar disorder. What we were seeing now was a mild wave compared to his former self. I quickly processed the food he had just eaten.

Whenever there’s a problem, it’s caused by food.

Clean food has made him a normal child for the past seven years but today was triggered by something tainted. He ate something food-ish. He put something in his mouth that wasn’t digestible food. I could picture God sitting up on His throne, looking down, watching and patiently waiting, thinking, “I didn’t make that. It’s not food. If it’s not food, don’t put it in your mouth.”

Gluten free pizza I hate you. You feed candida. You look so fun. You look like something we could eat so that we feel like normal people but you’re not. You are a tricky bacteria feeding demon! I curse you and regret bringing you home. You are no treat indeed. You are a drug that floods his body with a high but then causes damage beyond measure and explanation.

We thought it was OK. Seven years with minor issues and we thought we could stretch our legs like normal people. Boy were we wrong.

[amazon-element asin=”B0009ET9X6″ fields=”lg-image” ]He took some cat’s claw, a natural herb that kills candida growth and a strong dose of highly absorbable vitamin C. Click on this link pictured for cat’s claw. He pulled out of his downward spiral in less than two hours but afterwards he was exhausted. We talked and talked and talked about it with him speaking the most. He’s getting older and it’s important he knows what food does to him so he confirms his future food choices.

Last month on August 2, 2013, the FDA passed  a law on gluten free labeling saying, “Foods that contain gluten trigger production of antibodies that attack and damage the lining of the small intestine.” They go on to say when some people ingest gluten it causes them to not, “Absorb nutrients and puts them at risk of other very serious health problems, including nutritional deficiencies, osteoporosis, growth retardation, infertility, miscarriages, short stature, and intestinal cancers.”

The problem is gluten free flours are not beneficial.

Thousands of parents with autistic kids are trying a gluten free casein free diet to heal their children but it does not work! The reason being is gluten free flours are often made from high starch sources which feed bad bacteria in the intestinal tract. Dr. Natasha Campbell-Mcbride, renowned neurologist and groundbreaking doctor who is curing autistic children by the thousands through diet, says gluten free flours should be avoided at all costs. The starchy flours feed problematic bacteria that break the blood brain barrier and cause massive issues for these kids. She says they can not eat gluten free foods.

I know! I know. I was just trying to let my kid be normal. I know better.

The Dangers of Microwave Popcorn