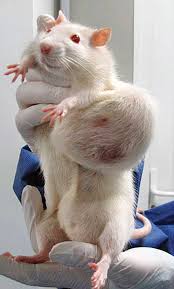 Gilles-Erik Seralini did a study on rats consuming Monsanto’s NK603 corn (a Roundup treated corn) where the animals formed massive cancerous tumors yet he was forced to retract the study. Lack of scientific evidence was sited even though he tested using the same methodology as Monsanto. All three test groups of rats, with 10 rats in each group, died more frequently, suffered from liver problems, and had a pronounced number of tumors specifically with grotesque mammary and testicular tumors.

Most rat studies are 90 day studies. Seralini did a two year study, the lifespan of the rats. The study was copied from Monsanto’s methodology, except for the length of study. He specifically used the same numbers of rats divided into the same subgroups, the same controls and the same procedures. Seralini followed the practices Monsanto used to get their product approved.

The factor that changed was the length of time feeding the rats, 90 days vs two years.

Seralini is threatening a lawsuit in order to reinstate his findings. It would be beneficial to link Seralini’s study so you can read the evidence yourself, but it has been removed, eradicated, it has ceased to exist in scientific journals. Click here to read about his possible lawsuit. The health issues found in his study are alarming to many, specifically those suffering from unknown health issues with unknown causes who are finding little help from the medical community.

Forbes reported the study was controversial. They said Seralini, “Claimed to show that genetically modified corn could lead to a high incidence of cancer.”

Sustainable Pulse said, “These serious effects had not shown up in Monsanto’s 90-day test because it was too short.”

Seralini released his data but not his statistics. He said he would disclose his statistics and findings when Monsanto disclosed theirs. 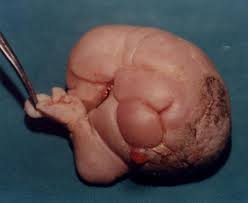 Seralini intended this from the beginning as this was exactly the same process Monsanto used, including releasing data but not the statistics. Seralini apparently didn’t agree with the methodology Monsanto used and wanted to expose the unequal treatment through his findings.

The study was released by the journal Food and Chemical Toxicology in November of 2012. An uproar over the article ensued.

The article was retracted and expunged from the database of the publication. Food and Chemical Toxicology stated the retraction was due to, “Validity of the findings it

described, the proper use of animals, and even allegations of fraud.”

This legal reason was given for the retraction.

Forbes suggested Seralini was accused of using rats that were genetically predisposed to tumors.

Science Media Center reported, “The photographs are very graphic, but do not include a control.” They further added the study, “Indicate(s) possible concerns over long-term exposure to Roundup that require further study.”

GMWatch.org said, “It is important that scientists do not overstate their findings or draw conclusions that are not justified by the data, but Prof Séralini’s paper does not do this. Because Prof Séralini’s study was a chronic toxicity study and not a full-scale carcinogenicity study, which normally requires larger numbers of rats, he conservatively did not do a statistical analysis of the tumours (sic) and mortality findings. Instead he simply reported them, without drawing definitive conclusions.”

Retractionwatch.com says, “Many scientists say that retraction should be reserved for fraud and serious error.”

Truth-out.org interviewed Michael Hansen, a biotechnology analyst for Consumers Union, who publishes Consumer Reports. Hansen said, “You don’t get papers retracted for this.” They further say, “Hansen added that plenty of published scientific studies are inconclusive, and the retraction borders on ‘scientific censorship’.”

To watch the video on the study click here:  https://www.youtube.com/watch?v=Njd0RugGjAg#t=76 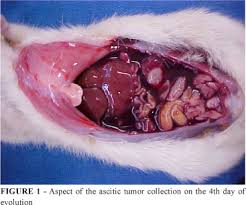 Egg Within An Egg

Wheat Lectins Accused of Being a Neurotoxin