The vicious cycle of craving carbs and sugary foods, having texture issues and being overly picky is a sign of gut damage, says Dr. Natasha Campbell-McBride, neurologist. The damage to the gut lining is more of a war going on than a digestive process. They crave the foods that damage their gut to a more dangerous level of destruction.

The child will not be able to break out of the vicious cycle on their own. Dr Natasha Campbell-McBride says, “He will fight you every step of the way like a drug addict. You have to see them as drug addicts.” To learn more click here.

Guy damage does not exist in all people and is thought to be sourced by a few possible reasons, the most popular is oral and hidden antibiotics in food.

Sadly she says, “Treating drug addicts is a very unthankful process because they fight you every step of the way.” 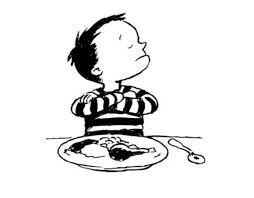 Dr. Natasha discusses children who are particular to eating one food only. Once the GAPS protocol is activated the child’s gut heals and they eat a bounty of foods within months. The cause for this is the the damaged gut rejects a great number of foods while it craves a food that continues to cause damage but gives a euphoric feeling.

Gut damage leads to many health issues including celiac disease, chrones, ADHD, autism and others including psychological issues including depression, bipolar and anxiety. All of these issues are being blamed on non-functioning bacteria in the gut due to an overgrowth of bad bacteria. The depth of gut damage determines the severity of disease.

The Great Plains Laboratory says, “Urinary peptides are incompletely broken down pieces of protein. The peptides from gluten and casein can react with opiate receptors in the brain, thus mimicking the effects of opiate drugs like heroin and morphine. These compounds, called neuropeptides, have been shown to react with areas of the brain’s temporal lobes.” They go on to say, “Children with autism frequently seem addicted to wheat and dairy products. Presumably, people with autism and schizophrenia incompletely digest wheat and dairy products. These incompletely digested peptides are then absorbed into the body and bind to opiate receptors, altering behavior and other physiological reactions.”

The Huffington Post sighted a study where, “They used a type of brain imaging known as functional magnetic resonance imaging, or fMRI, to study brain activity in 48 young women.” They offered women of all sizes different foods and found it, “Triggered brain activity in the anterior cingulate cortex and the medial orbitofrontal cortex — brain areas that have been implicated in an addict’s urge to use drugs.”

RX Alternative Medicine says, “A study done at the University of Florida in 1996 found high allergy to gluten in 87% and to casein in 90% of autistic children. These peptides have an opiate-like effect on the brain of autistic children. It’s like a drug addiction and you will often see children with these allergies actually craving the foods containing them.”

Path Finders For Autism says, “Food preferences and controlled diet, somewhat manageable at home, become major challenges once the child eats away from home and starts sharing food with classmates. Strong reactions to some foods and food odors may cause him to refuse to eat with other children. His reactions may be so severe that children avoid him because his behavior becomes obnoxious or invasive as he openly criticizes other children’s food choices. The child may be so upset around food issues that he fails to eat enough — or at all — at school meal times.” 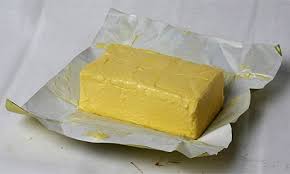