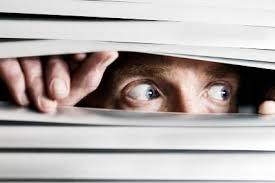 Antibiotics are hidden in our food sources, causing behavior issues in children, causing psychological issues in adults and making us sick through killing off good gut bacteria creating a Leaky Gut. Antibiotics have become free flowing in our food and can be found in meat, fish, vegetables, fruits and even honey. They are so abundant that food without antibiotics is labeled as such, peacocking.

It’s not a far stretch to believe we are eating antibiotics daily when we eat a traditional American diet. This is the perfect disaster for wiping out our good flora in the intestinal tract allowing bad flora to propagate prolifically. Microbe Wiki, a microbiology resource says, “The advent of broad-spectrum antibiotics has upset the delicate balance between commensal bacteria and the antimicrobial substances produced by the intestine. Antibiotics can be ingested either deliberately (in prescribed medications) or accidentally (in meat from animals treated extensively with antibiotics in industrial farm settings).”

Martin Blaser, MD, who heads the department of medicine at New York University’s Langone Medical Center says, “In a developed country like the U.S., the average child gets 10 to 20 courses of antibiotics by age 18.” When you factor in the antibiotics we are ingesting during mealtime it’s no shock people are so sick.

Natural Resources Defense Counsel says, “Since the 1950s, it has become routine practice to add low levels of antibiotics to the feed or water of healthy poultry, cattle, and swine to promote faster growth and prevent infections that tend to occur when animals are housed in crowded, unsanitary, stressful conditions.”

The Center For Science In The Public Interest recently reported the overuse of antibiotics in animals has produced antibiotic resistant pathogens to thrive in humans. They said, “The volume of antibiotics sold for use in animals dwarfs those used in human medicine. While attention to both sectors is vital, action is urgently needed to manage the food safety risks posed by the non-therapeutic use of antibiotics in food animals.” 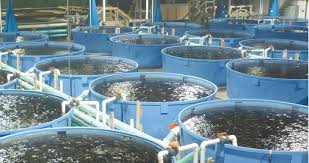 Fish that are farm raised are notoriously full of antibiotics. PubMed published an article entitled, “Heavy use of prophylactic antibiotics in aquaculture: a growing problem for human and animal health and for the environment.” They say in the article, “The use of a wide variety of antibiotics in large amounts, including non –biodegradable antibiotics useful in human medicine, ensures that they remain in the aquatic environment, exerting their selective pressure for long periods of time.” The antibiotics are used to control parasites in the fish since they are raised in confined spaces. They said, “The use of large amounts of antibiotics that have to be mixed with fish food also creates problems for industrial health and increases the opportunities for the presence of residual antibiotics in fish meant and fish products.” 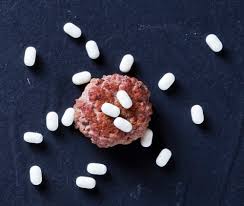 Meat containing antibiotics in the muscle tissue has become commonplace. Think Progress published an article saying, “A federal study has found more than half of samples of ground turkey, pork chops and ground beef tested positive for strains of antibiotic-resistant bacteria, adding to fears that heavy use of antibiotics in livestock is giving rise to superbugs.”

Vegetables that are either Roundup Ready or treated with pesticides are said to act as antibiotic strains as the pesticides kill good gut flora when the vegetables are eaten.

Bloomberg Businessweek published an article on honey fraud where they said, “Honey was contaminated with the residue of antibiotics banned in the U.S.”

South China Morning Post reported, “A potentially harmful antibiotic has been found in six honey samples tested by the consumer rights watchdog.” The debate over the source of the antibiotics has not been settled. 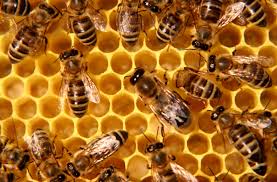 Assistant director of the Food and Environmental Hygiene Department, in China, Thomas Chung Wai-hung said, “Members of the public should not be too worried, as the amount found is very little.” He then reported the probable source was coming from beekeepers using antibiotics in feed to keep bees healthy.

Bee keepers from Lychee Honey, Po Sang Yuen Bee Farm Hong Kong reported no use of antibiotics. The farm’s manager Edmund Leung Lap-tak said, “If we really have fed the bees with antibiotics, the amount found would not be so little. The bees probably collected honey from flowers which have antibiotics, as plants are sometimes sprayed with pesticide.”

Antibiotics, weather sourced from oral medications or hidden in our food, kill good gut flora. When this flora is not repaired our intestinal tracts deteriorate to the point where we are unable to digest food. We eat but do not absorb the nutrition. This creates a whole host of problems and is very difficult to repair.