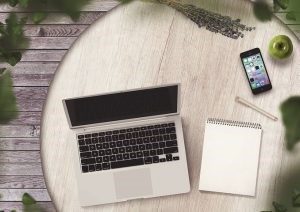 Having a child with food allergies or intolerances is no laughing matter. It’s extremely demanding on the mother who has to prepare and monitor every morsel of food including sourcing the food from suppliers who feed their animals without chemicals, corn, soy or other contamination. Bringing in food from home is necessary, especially when the child spends the whole day in the hot sun at an amusement park or zoo.

Some people consider this an entitlement attitude, “You think you can do anything, anywhere because you are something special?!”, or “Why do they get to bring in food? We’d like to save money and bring in food!”

Weather a person sees the gravity of food contamination or not, doesn’t make it less real. When your child melts down into a puddle of misfortune, or when they break out into full body hives or eczema, or when they transform into a Tasmanian devil, avoiding that food isn’t just an option, it’s imperative.

The establishment can do everything in their power to dissuade you from bringing in outside food, including putting up signs that say No Outside Food or inspecting your bags, or shaming you. A lot of profit is made on food and their agenda is to have you eat their food, increasing their profit.
When a person can’t eat their food, and they are required to spend many hours there, food is needed. Some amusement parks and stadiums have food restriction forms on their website where you can print out the form, fill it in and bring it with you when you bring in our appropriate foods. This is the case for many amusement parks and athletic domes.

Since some establishments have said it is a matter of Food Service Code which restricts outside food, click here to read the FDA’s State Retail and Food Services Codes and Regulations state by state.

A letter can be made and signed from your doctor. It may look something like this:

(Full Name) is on an extremely specific diet due to food intolerances and allergies. His food needs to be sourced from specifically raised animals and vegetables, prepared in a specific manner, and carried in specific containers such as mason jars and yeti containers. His food is not to be processed in any way or microwaved.

Individuals who suffer from allergies are required to often monitor every bite they eat. Even tiny amounts of contamination can cause triggers in behavior or severe skin reactions. To reduce the risk of contamination, (Name) is required to bring his food with him wherever he goes.

The Americans with Disabilities Act (ADA) designates prevention of discrimination, segregation or isolation of those with this disability.

Definitions of Disability and of Other Special Dietary Needs
Under Section 504 of the Rehabilitation Act of 1973 and the Americans with Disabilities Act (ADA) of 1990, “A
person with a disability is any person who has a physical or mental impairment that substantially limits one or
more major life activities, has a record of such an impairment or is regarded as having such an impairment. The
term physical or mental impairment includes many diseases and conditions, a few of which may be
orthopedic, visual, speech and hearing impairments; cerebral palsy; epilepsy; muscular dystrophy; multiple
sclerosis; cancer; heart disease; metabolic diseases, such as diabetes or phenylketonuria (PKU); food anaphylaxis
(severe food allergy); mental retardation; emotional illness; drug addiction and alcoholism; specific learning
disabilities; HIV disease and tuberculosis. Major life activities covered by this definition include caring for one ’s
self, eating, performing manual tasks, walking, seeing, hearing, speaking, breathing, learning and working.”

The US Department of Justice confirms severe food allergies, autoimmune disease and the like are classified as qualifying as disability (see http://www.ada.gov/q&a_lesley_ university.htm.)

Even though a venue’s goal is to earn revenue from food sales, (Name) does not qualify as a patron for these foods. Restricting his own food does not cause him to purchase other food, it causes him to forego food, starving him of imperative nutrition and causing possible hospitalization. The Americans with Disabilities Act, a federal law, overrides and supersedes any local health code requirements.

Then the letter will be signed.

GAPS, A Full Review and Q & A Interview