“The liver has five pathways that it detoxifies. One of those pathways is the glucuronidation pathway. That’s actually very specific for estrogen detoxification,” says Dr. Patrick Vickers from Gersontreatment.com, in Mexico where he runs the Northern Baja Gerson Center.

The breakdown of this function can lead to a struggling liver, decline in health and others such as fatty liver disease, which is currently one of the fastest growing diseases.

Glutathione is the body’s primary antioxidant. It is made by the body itself.

One natural food product that assists with this process is kombucha.

“If you look on a kombucha bottle in the store you’ll see it has high amounts of glycosidase. That shuttles estrogens through the liver pathway for estrogen detoxification,” Vickers says. (2:24).

There are several reasons seen for estrogen to be in an overloaded state including soy based foods as well as illness. Getting this overflow out of the system taxes the body. If they can not escape an imbalance creates other imbalances. This can create a downward trend. Opening up the detox pathways, specific to each person, assists the body with normal functions. 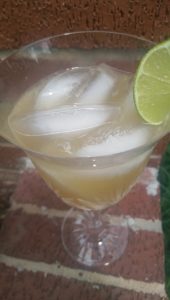 Vickers works in alternative therapy through The Gerson Treatment. Kombucha, and other fermented vegetables are not part of the Gerson plan. When referring to kombucha, estrogen overflow and cancer, he does not recommend it. For the average person, however, it is highly supportive to glutathione function which helps the liver process fat prior to the release of bile. As an antioxidant, glutathione which assists in the prevention of oxidative damage.

The Gerson protocol uses vast amounts of vegetables, 20 pounds a day, to support the liver for detoxification along with coffee enemas. This flushes the body of toxins.

This coffee has been roasted for a very small time, allowing the properties to function supporting the liver. Drinking coffee is roasted longer.

This powerful tool is known to support the liver for many reasons.

Vickers says, “When you do one coffee enema, the production of the glutathione transferase by the body goes up 6-700 percent greater than normal.” (3:55).

The Journal of Agricultural and Food Chemistry says, “Rooibos and honeybush teas significantly enhanced the activity of cytosolic glutathione S-transferase alpha.” They report test rats were treated with the two herbal teas showing the change in glutathione levels as significant.

Rooibos herbal tea is harvested from a South African leguminous shrub. Due to high beneficial phenolic antioxidants it is considered a health drink.

This means a collective use of Kombucha (click here to learn more about the benefits of Kombucha), coffee enemas and rooibos tea can support the liver and production of glutathione.

To read more on coffee enemas, click here and here.