One of the first things recommended dropping nutritionally in the ADHD or autistic child is milk. Milk and wheat go hand in hand as items to drop like, well frankly, like they’re drugging your child. Dr. Mercola says the milk protein casein is difficult to digest. Dr. Natasha Campbell-Mcbride recommends no milk of any kind as it feeds bad bacteria in the gut lining.

Real foodies drink raw milk, straight from the cow, without pasteurization. Good bacteria are still present in raw milk feeding the intestinal track with beneficial live bacteria. This brings most people to a state of confusion. I can drink milk, or I can drink milk. But when it comes to the child suffering from behavior issues the question isn’t just a question, it’s a toxic poison that we are pouring down their throats to make them healthy. 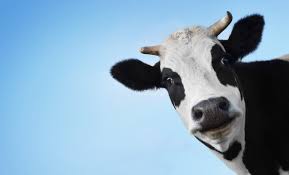 While walking through the minefield of what to feed my child I uncovered some facts.

Pasteurization was created by Louis Pasteur, a French chemist and microbiologist in the mid 1800s. In his early years as a college professor and research chemist he was approached by a wine maker who was experiencing great loss in his factory due to spoilage. Through the microscope Pasteur discovered the wine was souring from micro-organism bacterial overgrowth. Pasteur found heating up the wine and cooling it back down eliminated the microbes that spoiled the wine.

During his life the germ theory was gaining ground among forward thinkers. Although Pasteur is often credited with the germ theory his findings expounded on John Snow’s discoveries with cholera as well as others uncovering disease growth in hospitals. Pasteur’s findings later went on to create vaccinations for both rabies and anthrax. The year after he found micro-organisms were spoiling the wine he furthered his research with milk. His findings showed micro-organisms from the air collected in the wine, milk and beer and caused spoilage. Pasteurizing, named after Louis Pasteur, was not received well among other scientists, in fact he was ridiculed and chastised for his beliefs. 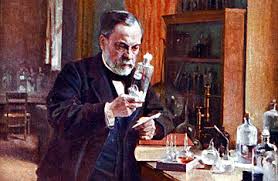 Today pasteurizing milk is highly regulated by the FDA who says in their Food Guidance Regulation, pii, “The milk sanitation program of the United States Public Health Service (USPHS) is one of its oldest and most respected activities.” They go on to say, “In 1938, milkborne outbreaks constituted twenty-five percent (25%) of all disease outbreaks due to infected foods and contaminated water.”

1895 – Commercial pasteurizing machines introduced to the US 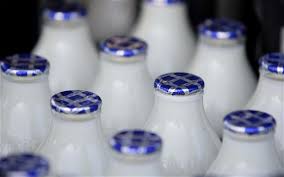 My ADHD, ASD child can not do milk, pasteurized or raw. Milk is a beneficial food that can be tolerated by those with a healthy gut lining. On the GAPS protocol we have introduced food and stepped back to allow more gut healing several times. At this point we introduced real milk and stepped back twice. According to Dr Natasha, one of the first things to introduce is homemade yogurt sourced from real milk. This is step one.

I Need To Correct My Mistakes