“Heavy metal toxicity affects every aspect of your metabolism,” said, Dr. Kaayla T. Daniel, Ph.D., C.C.N. and vice president of The Weston A. Price Foundation. She explains toxicity from heavy metals can be detected through a hair sample. The damage caused by heavy metals build up in the body and continues to cause damage until it is expelled. 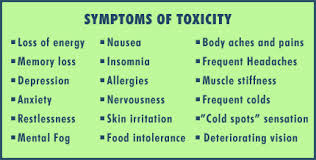 Ingestion of heavy metal toxicity comes in many forms including inoculations, foods such as spreadable cheese and fish, as well as amalgam fillings, lead pipes, etc. These foreign bodies do not leave the body without assistance but instead they continue to build up over time.

The medical community provides opinions on chelation to pull these heavy metals out of the body. There are also natural remedies.

Spirulina, algae from Japan, is highly praised for many healthful benefits specifically the chelation of mercury and other heavy metals. It is also prized for boosting the metabolism and cleansing the liver. Livestrong.com claims, “Spirulina appear blue-green because of the phycocyanin and chlorophyll pigments within its cells.”

According to “Nutritional Sciences,” spirulina is an excellent source of chlorophyll, all 22 amino acids, essential fatty acids, carbohydrates, vitamins A, B complex and E, as well as other minerals and trace elements. Due mainly to its high chlorophyll content, spirulina is considered a chelating agent for heavy metals.”

Chlorella is another algae credited for aiding in chelation. It is widely used for many other different reasons. Recent research shows chlorella is on trial in terms of beneficial aspects as the cell wall needing to be broken down for proper absorption. Webmd says, “Chlorella is used for preventing cancer, reducing radiation treatment side effects, stimulating the immune system, improving response to flu vaccine, increasing white blood cell counts (especially in people with HIV infection or cancer), preventing colds, protecting the body against toxic metals such as lead and mercury, and slowing the aging process. Chlorella is also used to increase ‘good’ bacteria in the intestine in order to improve digestion; and to help treat ulcers, colitis, Crohn’s disease, and diverticulosis.”

Astaxanthin is considered the choice option for use as an antioxidant while chelating. The US National Library of Medicine National Institutes of Health says, “ASX could have a beneficial role against glycated protein/iron chelate-induced toxicity by preventing lipid and protein oxidation and increasing the activity of antioxidant enzymes.”

Food Grade Diatomaceous Earth is frequently used with animals and homeopaths including iridologists who find many patients’ bodies are hungry for FGDE. Many countries use FGDE for removing intestinal parasites and worms as well as simply what they consider scrubbing the intestinal wall.  When chelating, toxic heavy metals are released from the cell walls but are often reabsorbed by the body as the metals have no where to go. FGDE will bind to the loosened toxic heavy metals and allow the body to flush them through the colon. Bentonite clay is an attractant to heavy metals, pulling the metals to it.

Be sure to use food grade. If it is not label food grade diatomaceous earth it is used for cleaning pool filters and has chemicals added for that purpose. It is considered poisonous to humans. Food grade is silica and not only benefits the body from foreign invaders but is thought to aid in digestion and considered vital to our organs. FGDE can be taken several different ways the most popular of which are either one teaspoon with each meal or one tablespoon before bedtime. Most people stir up FGDE in a glass of water or juice.

Other chelators include high doses of vitamin C and cilantro, the most natural form of chelation are foods with the highest chelating properties.

Something Is Wrong With My Son

Making Your Own Curcumin For Pennies