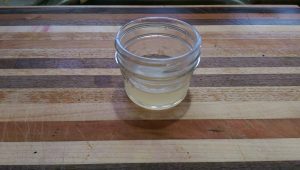 The flu shot is known publically as, “The most defective vaccine ever made.”

Vincent J. Matanoski, Deputy Director, Torts Branch, from The Department Of Justice, released a report in March of 2016 divulging statistics of The Total Petitions Filed In The United States Court Of Federal Claims during a three month period starting at the end of 2015. This is vaccine injury court, where those who can prove they have been directly injured go to claim compensation for their loss. The claims from children totalled 28, the claims from adults totalled 100. Of these, 52 were given compensation for their injuries, 27 of which were damaged from the flu vaccine. Again, that’s 128 provable claims from flu shot damage in three months time.

The damages from the flu vaccine included: Guillain-Barré-Syndrome (where the immune system attacks the nerves), Transverse myelitis (acute swelling of both sides of the spinal cord which causes loss of spinal cord function), Bells Palsy (paralysis or weakness in the muscles of one side of your face), Neurological demyelinating injury (damage to the myelin sheath in the brain and spinal cord), just to name a few.

This means 21 people got a flu shot and now have great difficulty walking or can’t walk at all.

Moreover, the effectivity of the flu vaccine is still under debate. A recent study analysed health care workers, flu shots and illnesses or deaths. They concluded, “Current scientific data are inadequate to support the ethical implementation of enforced healthcare worker influenza vaccination.”

The general public has a fear that a virus is lurking, seeking to devour them.

Meanwhile, Bioresource Technology reported a study determining the stability of probiotic cabbage juice including the presence of Lactobacillus plantarum C3, Lactobacillus casei A4, and Lactobacillus delbrueckii D7. They concluded, “Fermented cabbage juice could serve as a healthy beverage for vegetarians and lactose-allergic consumers.” 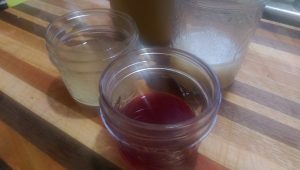 It shows to shut down a virus by drowning out the pathogens.

Biotechnology Research International says, “Lactobacillus is proposed as potential probiotics due to its potential therapeutic and prophylactic attributes. L. paracasei, L. rhamnosus, and L. casei belong to the group of lactobacillus which are commonly found in food and feed as well as common inhabitants of the animal/human gastrointestinal tract.”

When a person is sick, coming down with the flu or a cold, replacing these missing probiotic strains is what is believed to prevent the pathogenic viral overgrowth which leads to cold and flu like symptoms. This highly effective method of preventing the flu has not been studied, however, individuals are doing it all across the world with enormous effectiveness.

People are finding that when they take the maximum tolerated levels of kraut juice daily, they don’t get sick. Each person’s maximum tolerated level is specific to them, the amount just before they see die off. Others are reporting that if they begin to feel sick, even to the point of skin crawling, diarrhea and vomiting, taking kraut juice to their maximum levels makes the feeling go away. It is important to note that if a person takes a quarter cup of kraut juice on a regular day, if illness appears they will have to take more than the normal quarter cup. 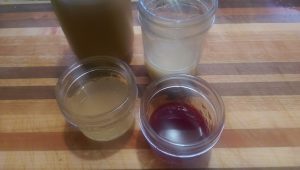 The Food and Agriculture Organization (FAO) says probiotics are defined as, “living microorganisms which, when administrated in adequate amounts, confer health benefit on the host.”

The Journal of Nutrition and Metabolism says, “There is growing scientific evidence to support the concept that the maintenance of healthy gut microbiota may provide protection against gastrointestinal disorders, such as gastrointestinal infections and inflammatory bowel diseases. The use of probiotic bacterial cultures may stimulate the growth of preferred microorganisms, crowd out potentially harmful bacteria, and reinforce the body’s natural defence mechanisms.”

To read more about the beneficial strains in the juice of kraut click here. To see how to make kraut juice click here.