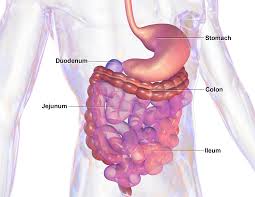 “We now have very good information of where this inflammation is starting and what’s driving the diseases,” says Microbiologist who specializes in Molecular Medicine Kiran Krishnan. They also have information as to what shows the fastest results when supporting the body for repair.

“The mucous layer is 150 times bigger, in terms of surface area, than the outside skin. So every one of your orifices, your mouth, your nose, your vaginal canal, everything, is the first point of entry when something comes into your body, has to go through the mucosal layer,” he says. “The top part of the mucosal layer is where most of the bacteria that live in your body reside. We have more bacteria in our bodies than we have human cells which make up our body, in fact, ten times more bacteria than we have human cells.”

Krishnan studies strains, spores, yeasts, and other aspects of the microbiome, finding function and navigating the processes of the mucosal layers in our bodies. He lecturers at medical conferences, teaching these findings.

“We’ve got a very, very important barrier of defense against the outside world. The fact of the matter is, the outside world that we live in today is an extremely toxic place. Not just the chemicals that surround us but the foods that we consume and the air that we breathe – all of these things are unusual to the human body,” Krishnan says.

In the health community of recent years, bodily functions have been isolated into different fields with individual specialists. One person is the specialist on how our heart functions. Another person specializes in the function of our skin. Someone else specializes in our bones, and so forth. However, this is not how the body works. “We have to think of ourselves of as a walking, talking rain forest. We are an ecology and the only way that this ecology remains stable and healthy is that we have proper balance.” 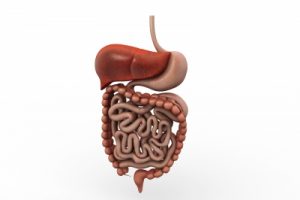 “We have this barrier that separates the inside of us, the blood system, from all of this toxicity, that’s the mucosal layer. That thin little barrier, believe it or not, is one cell thick. That’s why the mucous layer on top of it is extremely important because that acts as the biggest protection for this one cell thick lining,” Krishnan says.”The bad bacteria will spit out enzymes to break down the mucous, make it more liquid rather than being a more thick mucous layer which is more protective. So when you have an overgrowth of things like Salmonella and Clostridia and Prevotella in the body, because of dysbiosis, because of our lifestyles and antibiotic use, chemicals in our foods and things like that, you start causing more and more things like disruption and perturbation in that mucous layer.”

Inflammation is present in any disease. The problem is, digesting food at this time is detrimental and hurtful. Supporting the body through this process is imperative.

Krishnan says, “Preservatives in food act as antimicrobials, that’s why they work in foods. They prevent foods from getting spoiled by preventing the growth of bacteria and killing bacteria. Preservatives in our food can actually destroy our microbiome. Certain types of chemicals that are used in the foods like curing agents, high levels of (processed) salt and even things on vegetables and produce, the chlorine that’s been used to wash it. Then of course processed foods, oxidized fats. Sugar can be really disruptive to numerous types of bacteria within the gut and also supports the growth of things like candida which then produce things like antimicrobials to kill off things in the gut. So our modern day foods become extremely toxic.”

This means you eat a meal, it damages the internal mechanisms. It then takes time to repair that damage. This is where it gets interesting.

“As we showed in the studies, it takes up to two weeks to recover from a single meal,” Krishnan says.

They have found there are many ways to correct this downward damage.

Building foods, real foods with nutrient density, feed the body making it strong. Krishnan says an omnivore diet is optimal. When the body is nourished, the soldier cells can be regenerated, get rid of the dead ones and regenerate new ones. When you support the body correctly, it can repair itself.

A small number of amino acids help to create a healthy mucosal layer including L–threonine, L–cystine, L–proline and L-serine.

Vitamins C and Zinc help to mop up the damage Krishnan says.

Maybe most importantly, spore based probiotics assist in rebuilding the good microbes. “What we did in our study with the students, we didn’t have them change their lifestyle, we didn’t have them change their diet. As college students, they’re not doing anything good for their gut, mucosal layer in those 30 days. All we had them do is take the spores. That was enough to protect their system to eat those McDonald meals 30 days later.” Eating McDonald’s meals was not the goal, just a marker of tolerance. The researchers used this spore based probiotic. Spore based organisms are not standard commercial probiotics. Food based probiotics which are spore based are things like milk kefir and Kombucha.