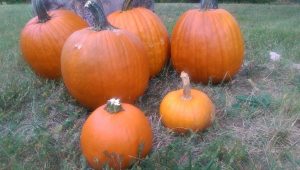 Jack-O-Lantern pumpkins are four times the size of pie pumpkins, nearly the same color and cost $4.00. They produce roughly 18 cups of pumpkin. 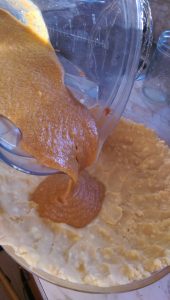 Canned pumpkin isn’t really pumpkin, but instead a relative of butternut squash, costs $2-$5 a can. It contains just under 1.9 cups of pumpkin.

We did a test – twice. Getting to the bottom of the dilemma was no easy task. Pumpkin was cooked, baked, eaten alone and made into pies, cookies and breads. It was not a job for the faint stomach. The task was a large one but the results are favorable.

Thirteen samplings were used. Two separate testings were done, each one month apart, showing the same results each time. Tasters did not know which samples were from which pumpkin.

Pumpkins were cut in half, deseeded, cooked in the oven face down on a cookie sheet at 350 degrees for an hour or until done. The skin was removed and the pumpkin was utilized.

Samples of fresh hot cooked pumpkin were tested, cooled pumpkin, pumpkin pie and pumpkin cookies were all tested using identical recipes with different pumpkin types. Of the nine samples, three were chosen as “more pumpkin tasting.” However, when these same test subjects were offered the same exact samples they couldn’t determine which tasted more like pumpkin.

No identifying colors, textures or size were noticeable. 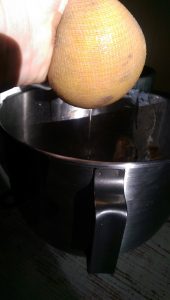 The test results showed no identifiable favorite. Of the three samples chosen as favorable in taste, all three changed their minds, after a second sample, saying the choices were no different. Samplings of the cooked hot pumpkin, cooked cooled pumpkin and sliced pie showed the results were inconclusive. 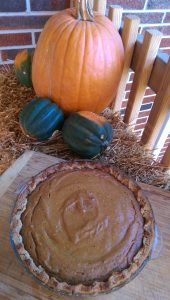