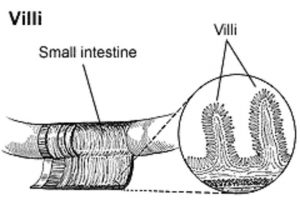 Recent comments from doctors in Arizona, specifically those at the Cardon Children’s Medical Center, have been clear – Leaky Gut doesn’t exist. Parents brought there two boys to the hospital, telling the doctors the boys had Leaky Gut, and they weren’t allowed to leave with their boys – instead they were taken away by DCS (Department of Children Services) with charges of neglect, specifically they didn’t feed them foods which gave them intolerances. However, the facts show differently. There are hundreds of studies (double blind randomized peer reviewed) and articles on the NIH (National Institute of Health) on Intestinal Permeability, AKA Leaky Gut, which describe this situation.

It’s confusing to think that a doctor can say something doesn’t exist when there are so many studies on the topic. It’s even more confusing that they can turn children in for “neglect” charges on something they don’t know, or haven’t read. If we are all afraid for our children’s safety to take them to the hospital, where do we turn? Click here to read more about the boys and how you can take action.

GAPS Christmas eBook - A Free Gift To You