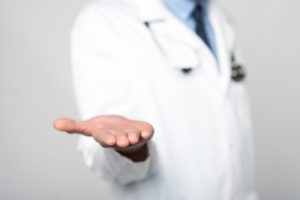 Clinical Oncology did a randomized clinical trial looking for a 5-year survival rate attributable solely to chemotherapy. The study analysed literature of studies and cancer clinics covering a 15-year span. They found, “The overall contribution of curative and adjuvant cytotoxic chemotherapy to 5-year survival in adults was estimated to be 2.3% in Australia and 2.1% in the USA.”

There has never been a placebo controlled double blind study on chemotherapy.

Dr. Ulrich Abel authored a study reported in Biomedicine & Pharmacotherapy which studied cancer studies and cancer clinics. He looked at all of the results and found, “There is no direct evidence that chemotherapy prolongs survival in patients. Many oncologists take it for granted that response to therapy prolongs survival, an opinion which is based on a fallacy and which is not supported by clinical studies.” He reported the success rate of chemotherapy appalling.

Nurses who administer chemotherapy use very thick gloves, with mask and gowns. They double glove to prevent damage to themselves in the case of a “spill”, which if it is to happen, causes much of the same effect of pouring acid on your hand – it appears red, burned to the point it is white and black, and has the appearance of petrified flesh.

Dr. Tedd Koren said at the Weston A. Price Conference in Baltimore, Maryland 2018 in his talk Cancer is Natural, So Is The Cure, “I was talking to one chemo nurse who told me, they tell their patients, when they’re having chemo, to double flush the toilets because the chemo coming out of the patient’s body will wear away the porcelain in the toilets.”

He goes on to say, “Most cancer patients die of chemotherapy. This fact has been documented for over a decade.”

The Daily News reported a study finding chemotherapy that showed it made cancer worse saying it, “Kills both cancerous and healthy cells indiscriminately, can cause healthy cells to secrete a protein that sustains tumor growth and resistance to further treatment. In cancer treatment, tumors often respond well initially, followed by rapid re-growth and then resistance to further chemotherapy.”

Even more surprising is, “Unlike other kinds of doctors, cancer doctors are allowed to profit from the sale of chemotherapy drugs,” says NBC News. “Oncologists make most of their income by buying drugs wholesale and selling them to patients at a marked up prices.”

Physician Peter Ubel says oncologists mark up the price of their drugs and more frequently use the drugs which give them a higher profit margin. He says, “Many oncologists vehemently deny being influenced by this financial conflict of interest.”

Diely Pichardo-Johansson, M.D, Medicine and Healthcare & Oncology at Northwestern University, says the doctor marking up the medicine, “Should not be used to discredit oncologists and demonize medicine. Human beings are imperfect, and in every profession there will be some more unethical than others. Oncology is a very hard profession to practice, and medical oncologists are underpaid compared to other specialists for the amount of work, stress and medico-legal risk they take.”

The Hidden Secrets of Antibiotic Use

The Link Between Chronic Illness and Root Canals, The Shocking Undeniable Facts