When my son was 5 years old and starting kindergarten it became horrifically evident that something was wrong. Up until that fateful day we explained away his behavior as he’s a boy. In a world where we believed ADHD was over diagnosed we didn’t want him labeled. We have learned a lot since then – buckets!

His first day of school consisted of countless distractions, explosive reactions, impulsive responses… too much to list. We later

found out our plate was more full than we knew. He was not just a boy, he didn’t just have ADHD, he had autism, aspergers, he was bipolar, he suffered mania, was hypoglycemic, suffered from a compromised immune system, was dyslexic and stuttered frequently.

We home school. We always have. That first day of school for him took us 9 hours to answer 8 questions. The questions were simple: What color is this? I wasn’t just overwhelmed, I felt like the world went quiet while activity bustled around in fast forward and I was stuck in slow motion staring down a tunnel – with my life somewhere at the end. I called my husband and told him about our horrific day. It was absolutely true something was wrong with our son.

My husband showed up at our front door three hours later. Since we are that sad family that runs to the front door like puppy dogs wagging our tails when Daddy arrives home, I had to wait my turn in the battle for me first! Me first! The second they were done, my husband looked up at me with a distraught face, the look that begged me to hear him out, to take his words to heart. He said, “After your phone call I couldn’t work. I did some research.” He pulled out a yellow pad of paper and said, “I found some incredible information.”

Oddly, I had been researching since I hung up the phone with him and pulled out my yellow pad. We both had the same research.

In all honesty, some of these folks we both had notes on were freaks! Problem was, my kid was suffering and if being a freak 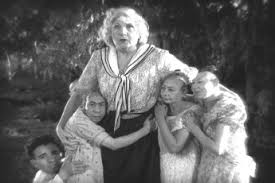 worked we were open to future freakdom! I could walk out to a tree and scrape the bark into a cereal bowl with the best of them!

Today it is over 7 years after that fateful day and our story is not just hopeful it is a success and something I want to shout from the rooftops. Our son is what others consider a canary-in-the-coalmine. If we eat God made food, he is a totally normal kid. If we eat man processed food he has issues.

We started with several different things including The Feingold method and read lots of information from DAN doctors (Defeat Autism Now) but have settled into a comfortable home with GAPS, by Dr. Natasha Campbell-McBride. We have total success and he shows no signs of struggle unless he eats something he shouldn’t eat – which does happen. As a matter of fact, it happened yesterday.

Please share this if you know someone who suffers from ADHD or autism. It just might help.