Yeast will seek refuge inside cells which causes the immune system to attack these cells in an effort to kill the yeast. Inflammation in this form is erroneously called  an auto immune disease which suggest that the immune system has gone awry.

Currently 70% of the antibiotics produced in the U.S. go to livestock feeding cows, pigs, chickens and fish. Some say this is because antibiotics make livestock fatter in a very small amount of time yielding more income per pound. Antibiotics reduce the number of good bacteria that normally help keep yeasts and fungi under control. This allows for an overgrowth of microbes. Yeast will eat up the available sugar in your system, causing your brain to think you are starving. This drives you to eat foods that raise blood sugar,which in turn spikes your insulin. Insulin is the hormone that makes you store fat. This same method used to fatten pigs can be used to fatten humans. 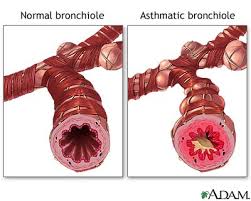 As the level of yeast rises, you also become more likely to develop allergies or asthma. Your immune system reacts to yeast overgrowth with inflammation, releasing chemicals such as histamines, leukotrienes and prostaglandins. Medications like steroids for allergies and asthma are directed at shutting down your immune system or blocking the effect of histamines (antihistamines) and leukotrienes (Singulair). Children of mothers given antibiotics during pregnancy are more likely to develop asthma, allergies, and ear, nose and throat bacterial overgrowth. Asthma is increasingly a cause of infant and child death, especially in ethnic minorities. 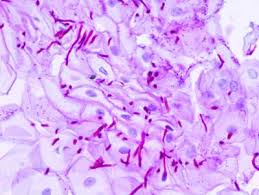 Many women are familiar with the association of antibiotics and yeast overgrowth. Treatment with antibiotics will many times precipitate a roaring vaginal yeast “infection” more properly termed an “overgrowth”. An infection would be from a germ that does not normally reside in humans. Every human ALWAYS has yeast, it is the overgrowth of yeast that is problematic. For a natural cure to a yeast infection topically and internally click here.

Yeast can grow anywhere in the body. In the colon, this same yeast overgrowth will cause symptoms of irritable bowel syndrome that can progress to ulcerative colitis, a pre-cancerous condition often treated by removing the colon.

If you have the genetics that predispose you to overgrow yeast in your skin you may suffer from psoriasis, eczema or other skin rashes. These are easily resolved with changes in diet, nutritional supplementation and hormonal balancing. The same is true of irritable bowel and ulcerative colitis.

If you Google “antibiotics, breast cancer” you’ll find that there is a connection. Chronic inflammation due to yeast overgrowth stimulates normal cells to change into cancer cells. The more antibiotics you use, the higher your risk of breast cancer as described in, The Yeast Connection and the Woman, by William Crook MD.Whether in the colon, skin or vagina, yeast overgrowth is easily brought under control. When yeast levels go down, the immune system retreats and inflammation resolves.

The appearance of a red neck is frequently indicative of inflammation or yeast overgrowth in the thyroid. This leads to a “disease” called Hashimoto’s where again, the immune system is after the yeast, not the thyroid cells.

Yeast overgrowth can weaken the immune system to the point that normal bacteria is compromised.If there is an overgrowth of bacteria normally found in humans like acne, vulgaris, E. coli, strep, staph or H.pylori antibiotics are being replaced by other more effective treatments long-term, each according to their needs.

To learn how to stop feeding the beast that is yeast click here. To cure this very problematic invader, even in the worst cases, click here.

*I’ve met some of the most knowledgeable people here and want to know what you folks do to fight this battle. Comment below and share this post with someone you know.

Answers to Your Burning Questions about Digestion

Treat and Prevent UTIs Without Drugs

Each Mouthful Of Sauerkraut Contains Billions Of Probiotics