Dr. Cate Shanahan, a former biochemist from Cornell turned doctor and author of

The perfect example of this is the green coffee bean for weight loss. It works because caffeine helps to burn fat, suppresses the appetite, decreases the blood flow to the intestinal tract allowing more blood flow to the brain. Cate says the green coffee beans are the reject beans for coffee. Inside the bean is chlorogenic acid so they sell the chlorogenic acid, bonded to another molecule within the bean.

Dr. Cate said, “When your body metabolizes the chlorogenic acid it breaks the molecule the caffeine is bonded to, releasing the caffeine. An 800 mg capsule has somewhere around 300 mg of potential bound up caffeine that gets released once you digest it. If you look on the label it says 20 mg of caffeine because that’s what it has in nature.”

A cup of coffee has 120 mg of caffeine. This means one bean could have up to five cups of coffee within the bean. However, since your body has to digest it to obtain the caffeine the release is slower. People on medication or those with irregular heartbeats are potentially in a dangerous situation with this type of marketing.

Trick #2 They compare themselves to a placebo.

Drug companies compare the efficacy of their product to a placebo, a sugar pill, essentially nothing. When they compare the product they are saying our product is more effective than nothing. 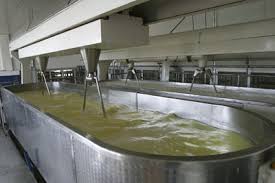 from the cheese industry. In making cheese whey is released as a liquid, it is skimmed off or strained and sold to protein powder companies very cheaply. Dr. Cate says since it is not the full protein chain containing the branch chain of the amino acid,  “It is not as complete of a product as the actual food.” Plus you get no other mineral sources, mitochondria, nutrients, no sugar sources, no fat sources she says, “You really aren’t doing much for your muscles.”

“When you eat food you have the ability to develop the entire muscle cell.” She says, “You’re going off on a fool’s errand when you’re trying to increase your mitochondria and you’re looking only at what a supplement can do for you. It’s not the big picture.”

In the supplement Opti-men (second best seller on amazon) Dr. Cate added up the claims listed on the bottle and divided up each pill based on the weight of the bottle. She calculated each pill would have to contain 1640 mg of something but the math doesn’t add up to the weight of the bottle. Assuming no weight for the capsule and no weight for the filler they claim there is actually 4 times the stuff that is actually possible to have in the pills.

“They don’t have to have in there what they say is in there because it is unregulated,” she says.

To make money you need a product you can patent. For example you can not patent estrogen for women going through menopause. Chemical modification of a natural product allows a company to patent it and profit. The company modifies the base by tacking another molecule onto the bond allowing the patent. This is a huge profit zone.

In the supplement Red Yeast Rice the,”Active ingredient is a molecule that the drug companies use as a base to generate the entire statin industry. So it’s a statin that you’re taking when you’re taking Red Yeast Rice.” Since you can’t patent the natural product they modified it slightly. “When they analyzed the Red Yeast Rice supplement for content to see if they actually do have the active ingredient which is called the monacolins, many of these supplements don’t contain much of a dose of it at all.” She goes on to say she’s, “Not sure that it’s accomplishing anything at all.”

Dr. Shanahan, says when you have just enough knowledge to become dangerous to yourself it’s potentially hazardous. The perfect example is Vitamin E, or tocopherols, which claim to reduce LDL cholesterol. Vitamin E is said to prevent oxidation which causes heart attacks but it’s not true. She says, “Vitamin E has been found to promote LDL oxidation in some circumstances. The whole antioxidant industry can is loaded with supplements that can be really good because they’re balanced right or they can be really bad.” In addition, oil supplements like these are filled with additional vegetable oil as filler.

natural. The mindset is, “If it’s natural it has to be good. This is staging and showmanship which gave people hope that they would feel.” The truth is some of these products don’t necessarily have any benefit. She goes onto say, “There’s not enough solid research being done and almost no clinical research being done. A lot of it is on animal models or self studies.”

“I’m seeing a lot of taking advantage of the consumer.” She says, “No one ever questions should they stop taking (supplements). Very much like the prescriptions so that by the time they’re 60 or 70 I have so many patients on 9, 10, 15 prescriptions because nobody says should you actually be taking them, are they really benefiting you.”

She says the route you want to take instead is through life giving natural foods such as fermented foods, meat on the bone, fresh food and organ meats. To learn more

Sports Gels and Electrolyte Replacements Do Not Compete With Real Food