“People were doing a low-fat diet, they weren’t lying about it, they were really sticking to it and nothing was happening,” says Jonny Bowden, PhD, author of Living Low Carb. Bowden has been nicknamed the Rogue Nutritionist by changing his diet chasing the high he got from nutrient dense food. As a personal trainer with 6 different certifications he became obsessed with food, low-fat diets and exercise. He studied them in the non-traditional sense. He was actually calculating what wasn’t working for a vast majority of people. 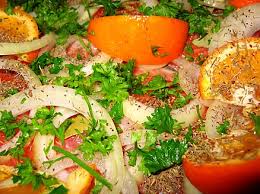 When Dr. Bowden met Barry Sears, an unknown guy at the time, a biochemist and author of The Zone he was intrigued with, “He’s telling us to eat more fat, to eat less carbs. He was saying 40% of the diet should be carbs, 30% should be fat, 30% should be protein.”

The connection between food stimulating hormones and hormones controlling weight loss was wisdom that made sense to Dr. Bowden so he began his own research agreeing with the chemistry, “Food has a hormonal effect which stimulates weight loss.” 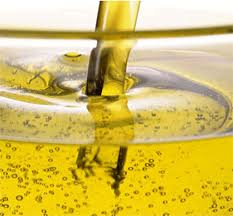 He’s considered rogue because he’s not mainstream when it comes to diet. He believes canola oil, vegetable oil, additives and chemicals in food are not just detrimental they’re destructive.

“Obesity, weight gain, weight loss, all of it is a challenging topic. We have done such a disservice to people by victimizing fat people. The idea that they’re out of control and they just eat too much would be like telling someone with diabetes what’s the matter with you can’t you get your blood sugar under control?” Dr. Bowden says.

Food is the problem. He says, “Obesigens are chemicals that operate in our bodies like hormones. They are hormone mimics. They hijack the hormone circuits and they literally can trick your body into storing fat even when you’re eating almost nothing.” He goes on to say, “We have now found what your mother eats and your grandmother ate, influences your ability to burn fat.”

The Dutch Famine Study proves this. In 1944, during the war the Germans cut off the food supply to the Dutch people. Daily caloric intake consisted of less than 500 calories coming from potato and bread. These normally well fed people unwillingly created a perfect human study in regards to food and caloric intake having a direct result on future generations.

The English Journal of Medicine reported, “Exposure to famine in early and mid-gestation was associated with a doubling of the then low prevalence of obesity.”

Oxford Journals reported, “The risk of schizophrenia was significantly increased in the birth cohort conceived at the height of the famine.” They go on to say later findings uncovered, “A broad range of outcomes, including obesity, cardiovascular disease, reproductive performance, and breast and ovarian cancer. Early prenatal exposure to the famine was related to adverse reproductive outcomes in the next generation.” 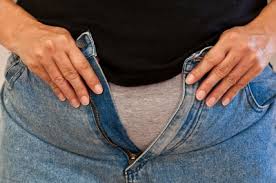 Dr. Jonny Bowden believes we are experiencing the same situation today where countless people have been starving their bodies of quality fats which historically and traditionally nourish the body up until Americans were told low-fat was healthy. At the same time they are filling themselves with empty calories trying to fill the body’s desire for nutrition laden food. “It’s the acceptable prejudice to make fun of fat people like it’s their fault,” when the truth is they are the unlucky ones whose bodies are telling us we have been wrong in our diet choices which are starving our bodies of nutrition.

“It doesn’t have everything to do with calories. That’s the terrible injustice we’ve put people through,” says Dr. Bowden.

Dr. Natasha Campbell-McBride, MD, neurologist and author of GAPS says good quality fats, in high doses, especially animal fats nourish the body. She lays out the scientific proof of study after study on autistic children, those suffering with ADHD, schizophrenia, bipolar disorder and autoimmune diseases and how a proper nutrient dense diet and repopulation of gut flora corrects these illnesses.