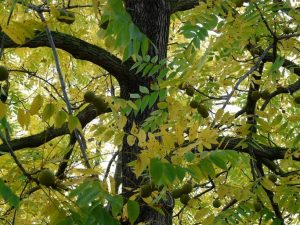 The therapeutic dose of black walnut hull is a burning questions for many folks following a rebuilding protocol. Black walnut hull is famous for being a strong anti-parasitic supplement which kills many different types of invaders. 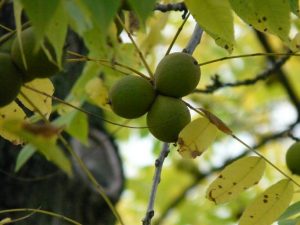 Technical Resources International says, “There is some evidence to suggest that juglone is a potential chemotherapeutic or chemopreventive agent.”

Viable Herbal Solutions says, “Crushed unripe walnut hulls have been used for generations in various types of folk medicine. The hulls are made into poultices and rubbed into the skin to treat fungal, bacterial, or viral infections such as herpes or warts. External applications of black walnut also kill ringworm, and Chinese herbalists use this substance to kill tapeworm. In certain regions of the United States fresh walnut hulls have been employed illegally to immobilize fish (Westfall et al., 1961; Viable Herbal Solutions, 1997; Rye’s Healthy Herbs, 1999).

The History And Use of Black Walnut Hull In Alternative Medicine says, “Since yeast and fungus in humans are also plants, it has been conjectured that it will work against fungus as well and it has been described as an anti-fungal in many herbal reference books. There is some scientific evidence also. Whether juglone works against parasitic infections is matter of scientific discussion.” 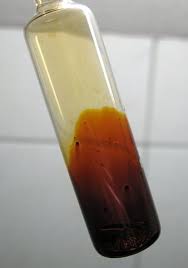 Iodine is a strong antiseptic and anti-parasitic.

Knowing how much to use is sometimes variable. Technical Resources International says, “No standards or guidelines have been set by NIOSH or OSHA for occupational exposure to or workplace allowable levels of juglone. No listing was found for juglone in the National Occupational Exposure Survey (NOES), which was conducted by the National Institute for Occupational Safety and Health (NIOSH).”

Young black walnuts are covered in green black walnut hulls. When walnuts grow, they first start as small ball, which grows into a ball about the size of a golf ball. Then, as it matures, a small walnut begins growing inside the hull, which, as it ages, grows larger and larger unit it is walnut size. It then matures, the ball falls off the tree or is picked. A hammer, or other breaking device is used to crack the hard walnut shell out of the hull and cracked open to remove the walnut.

Harvesting the walnut when it is still green, about a month into its growth, is how black walnut hull tincture is made. Harvesting is done around late May or early June or July, depending on where you live with seasonal growth. The walnut has not developed inside the hull at this stage. To make the tincture, the whole young green black walnut is put into a jar, until the jar is full, then filled with alcohol, like vodka or rum. A lid is put on the jar and let to sit for 6 weeks or longer. The young green black walnut hull can be sliced from the young walnut and used instead of the whole walnut.

Freeze dried green black walnut hull is the green hull shaved off the young walnut and freeze dried. It is often difficult to get and sometimes referred to as more powerful.

At the 2017 Weston A. Price Conference, six Certified GAPS Practitioners, and one layperson, had a meeting with Dr. Natasha Campbell-McBride regarding many specifics on the GAPS (Gut and Psychology Syndrome) Protocol. Kombucha, coconut milk, coconut cream, gummies, gelatin, coconut water, coconut meat, as well as many other topics, were discussed to determine more specific parameters on the GAPS Protocol. Certified GAPS Practitioners Monica Corrado, Laura Villanti, Kim Schuette, Amy Mihaly, Lisa Middlecamp-Lowder, Becky Plotner and her husband, Kevin Plotner discussed the topics with Dr. Natasha for four and half hours.

During the meeting Dr. Natasha said, “For different ages it’s different. It usually comes in drops. For a child, five drops a day, maybe twice a day. For an adult it can be 30 drops up to 50, twice a day. Always a good idea to start with smaller dose and build it up.”