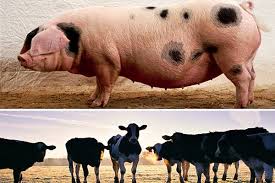 “Americans get sick more often than Europeans and people in other industrialized countries, and they’re getting sicker. Since the mid ’90s the number of Americans suffering from at least three chronic illnesses nearly doubled. And America’s international ranking for infant mortality and lifespan also plunged,” quotes Genetic Roulette -The Gamble of Our Lives. This new documentary put out by Jeffrey Smith, is currently releasing another mind-blowing bundle of evidence as to why America is so sick, so overweight and so scammed. 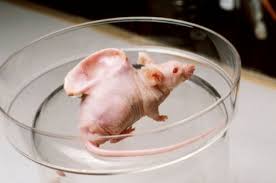 “Over the past 20 years there’s been a whole logorhythmic increase in a whole series of chronic illnesses. The things we’re seeing today aren’t normal. We didn’t see them 30 years ago or 50 years ago,” said Don Huber, PhD, Professor Emeritus of Plant Pathology, Purdue University.

Today 88% of the corn grown in the United States is genetically modified. The soy crop is higher at 94%.

“Obama’s USDA is owned by biotech, just as much as every previous administration. If we don’t do anything within a decade, every single major crop with any significant market size is going to be genetically modified and we’re not going to know it,” said David Bronner, President, Dr. Bronner’s Magic Soaps. 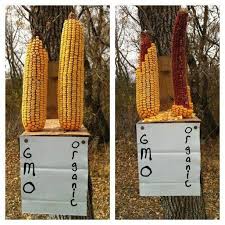 Herbicide tolerant crops are designed to be resistant to pesticide spray so that the farmer can spray pesticide on the entire crop, killing the weeds but the herbicide tolerant plants will remain. GMO Compass says, “If farmers use herbicide resistant crops, ‘non-selective’ herbicides can be used to remove all weeds in a single, quick application. This means less spraying, less traffic on the field, and lower operating costs.” They go on to say, “Broad-spectrum herbicides are only useful before seedlings emerge or in special cases like fruit orchards, vineyards, and tree nurseries.” They site negatives as, “The use of herbicide resistant crops can lead to an increase in herbicide use, promote the development of herbicide resistant weeds, and damage biodiversity on the farm.” 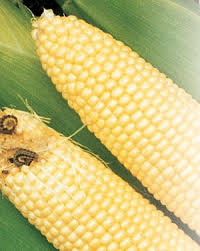 VNN (Vanguard News Network) says, “The toxin that corn has been engineered to produce…causes the stomachs of insects to explode. This toxin is now found in most people.”

Illness is connected to genetic engineered foods with the root cause being it’s not food, it’s food-ish.

First to make a GMO one gene is injected with another gene with an injector gun. The injected genes are then cloned. “Typically what they will put onto that is a virus or a part of a virus in order to turn that gene on,” says Arden Anderson, PhD, DO, MPH and author of Real Medicine, Real Health.

Anderson says, “From a biophysics perspective when we look at the signature now of the entire gene sequence, it’s foreign. Our immune system looks at that gene sequence and says I’ve never seen that sequence ever, it attacks. It creates an inflammatory reaction and attacks that sequence.”

They refer to this inflammation as the root source of autoimmune diseases, thyroid disease and even allergies. The surge of disease seen over the last 20 years is directly linked, by Smith, to GMO foods. Not only does he link this connection, he backs it up with doctor after doctor after doctor giving an exhaustive list of examples where illnesses disappears when the patient removed GMO foods.

In 1992 when the FDA released the policy on GMO foods they stated, “The regulatory status of a food, irrespective of the method by which it is developed, is dependent upon objective characteristics of the food and the intended use of the food.” Most surprisingly they go on to say, “Based on this record of safe development of new varieties of plants, FDA has not found it necessary to conduct, prior to marketing, routine safety reviews of whole foods derived from plants.” See the FDA document here.

A lawsuit against the FDA in 1998 forced the release of 44,000 secretive memos about GMO harms and danger.

Michael R. Taylor, JD, Deputy Commissioner at the FDA, said, “Protecting the food supply, making it safe, making it nutritious is one of the most fundamental duties of government and of course FDA.” He goes on to discuss the role of his job saying, “We don’t want people to get sick, we want to put in place measures that can prevent people getting sick. This really means ensuring that everyone across the food system… are doing the things they can do at each step of that process to reduce the likelihood that a hazard will come in that would make people sick. Our job is to hold all those people in the food system accountable.”

Taylor says part of FDA’s role regarding nutrition is, “We’re very aware of the role of diet and health in particular obesity but also chronic disease.” To The FDA to watch the interview click here.

Six years later, through this lawsuit, the FDA was ordered to present over 44,000 pages of documents and memorandum. The initiator of the lawsuit, Steven M. Druker, Public Interest Attorney said, “They claimed there was an overwhelming consensus within the scientific community that these foods were safe, but the overwhelming consensus within their own scientific staff was exactly opposite. These foods could not be presumed safe.”

There is irony in this as Michael R. Taylor’s official title at the FDA is US Food Safety Czar. This is the same Michael Taylor discussed above including his video interview regarding his newly created title in his newly created department of food safety at the FDA. Taylor is the former attorney as well as the former Vice President of Monsanto, the company who makes the pesticide going into the GMO crops.

Follow this quick overview of Taylor’s history between Monsanto and the FDA:

1981 began as a lawyer at King & Spalding, a firm whose client was Monsanto 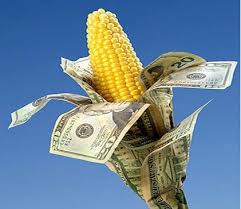 1988 published then immediately used in a litigation government case an article encouraging carcinogen chemicals to be allowed in food, overturning a law from 1958. Click here for more.

1991 began his job as Deputy Commissioner for Policy at the FDA where he immediately enacted BGH treated milk did not need labeling.

1992 co-authored GMO plant foods policy statement including GRAS status (food Generally Recognized As Safe) which was self regulated by the food producer.

2009 Senior Adviser to the FDA Commissioner

2010 Deputy Commissioner for Foods at FDA

The power of this documentary will not only open your eyes it will adjust your lifestyle making you healthy even for the most resistant viewer. To learn more click here.