At this point European researchers are saying all 54 different Genetically Modified plants using the CaMV Promoter could potentially make consumers ingesting the product sick from the virus used “to ‘turn on’ the accompanying gene.” Researchers are saying diseases that are birthed from GM crops are viral infections, the common cold, hepatitis, AIDS and cancer. Researchers have been finding alarming results, referred to as a “health catastrophe” as they study more closely the genetic sequence from the DNA promoter of Genetically Modified crop strains.

The Cauliflower Mosaic Virus (CaMV) Promoter is the virus that turns on the GM sequence in the DNA. It is accused of potentially causing a hazardous situation as the DNA strand used has been discovered to contain more genetic material that required or expected.

“All transfers require a promoter, which is like a motor driving production of the genes’ 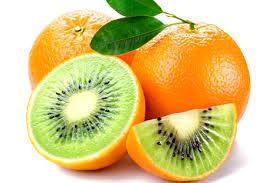 Responsibletechnology.org say, “Biotech advocates rush in to correct their ‘misunderstanding.’ We don’t have to worry, they tell us. Only a small portion of a plant virus is used in order to ‘turn on’ the accompanying gene. Called the promoter, it’s like an on-switch. They say it’s completely harmless.”

The virus gene is overlapping with the promoter. This is an actual virus gene. The size of the promoter is substantial enough that is changing the genetic structure. The characteristics of the promoter is leading researchers to believe, “That it could theoretically be producing viral proteins. And that would be bad. Viral proteins are well known to suppress defenses against viral infection—for both plant and humans.”

“Failure to recognize or to take into account its capacity to be universally active in almost any organism is irresponsible and careless and shows a serious lack of scientific rigour (sic) and commitment to safety,” says EcoNexus a not-for-profit public interest research organization that specializes in analyzing developments in science and technology and their impacts on environment and society.

EcoNexus adds, “Any safety assessment can be expected to be flawed that does not resort to actual laboratory test of the capacity of bacteria and fungi to utilize the particular genes and their promoters.”

Mae-Wan Ho and Angela Ryan from the Open University UK and Prof. Joe Cummins from the University of Western Ontario, Canada, in an article entitled “The CaMV promoter – a recipe for disaster?” in the journal Microbial Ecology in Health and Disease said, “The findings suggest to us that artificial gene-constructs containing the CaMV promoter may be especially prone to breaking and joining up with other genetic material, thereby increasing the chance that it can be transferred horizontally to unrelated species.”

Ho, et al., go on to say, “The potential hazards are harmful mutations, cancers, reactivation of dormant viruses and generation of new viruses.”

The most common foods infected with this virus promoter are soybeans and corn.

In other words, if you eat food from any of the 54 types of GM plants, almost all the GM crops, that use the CaMV promoter (including soybeans and most corn), you may be much more susceptible to viral infections, including colds, hepatitis, even AIDS. Since viral proteins can also be toxic to cell functions, genetically modified organisms (GMOs) in your diet might also promote cancer and other diseases.

*To support the efforts of this blog shop the affiliate links above like this one. You pay the same shopping through Amazon while the author receives a small referral fee from Amazon. This offsets the costs of this site.

*Nourishing Plot is written by a mom whose son has been delivered from the effects of autism (asperger’s syndrome), ADHD, bipolar disorder/manic depression, hypoglycemia and dyslexia through food. This is not a news article published by a paper trying to make money. This blog is put out by a mom who sees first hand the effects of nourishing food vs food-ish items. No company pays her for writing these blogs, she considers this a form of missionary work. It is her desire to scream it from the rooftops so that others don’t suffer from the damaging effect of today’s “food”.

The Root Cause of Yeast Overgrowth