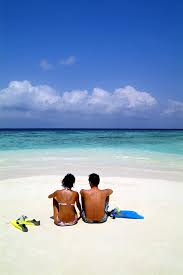 “Not only is it about nutrition and exercise, it’s about stress, it’s about inflammation, it’s about oxidative damage, it’s about glycation. All of these pathways contribute,” says Jonny Bowden, PhD, nutritionist and author of Living Low Carb. Bowden has been nicknamed the Rogue Nutritionist by changing his diet and chasing the high he got from nutrient dense food.

He goes on to say, “There is a real physiological component to stress. The adrenal glands actually release hormones.”

Dr. Pamela Peek, MD, MPH, author of Fight Fat After Forty says stress causes weight gain in the belly coming from cortisol. She says, “I am particularly interested in the role nutrition plays in improving or worsening daily stress. It had become clear to me that so much of the disease and death I was observing as a physician was a direct result of how patients dealt with life stresses.”

Scientist Hans Selye (1907-1982) discovered General Adaptation Syndrome (G.A.S.) by accident. The syndrome is a direct cause of stress. He referred to the stress as a noxious agent. As a very young research scientist Selye was performing experiments on rats, studying hormones, but he kept dropping the rats. This is not uncommon as it takes a good deal of practice to handle rats, however Selye was particularly consistent with dropping the test rats.

What he found was the rats that he dropped the most, developed tumors. 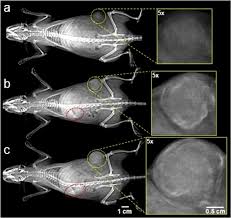 This led him to another study where he took two test groups of rats. One group he kept happy, calm and playful. The second group he dropped regularly at scheduled and timed intervals. Once the rats in the second group all died he performed autopsies and found almost every dropped rat had tumors while the peaceful rats had none.

Brain Connection describes Selye’s findings as, “G.A.S., alternately known as the stress syndrome, the process under which the body confronts ‘stress’. In the G.A.S., Selye explained, the body passes through three universal stages of coping. First there is an ‘alarm reaction.’ In the second stage, a resistance to the stress is built. Finally, if the duration of the stress is sufficiently long, the body eventually enters a stage of exhaustion, a sort of aging.”

Cortisol, the primary stress hormone, is shown in recent studies to be a primary cause in the cycle.

Dr. Bowden says, “Cortisol will eat up muscle which will make it very difficult to lose fat because you’re breaking down muscle which is much more metabolically active. You’re working cross purposes when you have high levels of cortisol.”

He says good sleep, vitamin D levels, a good sex life, nutrient dense foods including saturated fats and being outside all work together for a healthy body. When the body is healthy it will not hold onto weight.

Dr Bowden says it is not just calories in calories out, food and exercise.

The simple act of cooking at home instead of eating out makes a huge difference both in the nutrition aspect of the food and your overall health. Experts think one of the reasons could be people choose healthier foods when they shop at the grocery store versus purchasing from a restaurant. Also the portion sizes are more manageable and the hidden sugar content is controlled.

Most people do know what to do but don’t do it for a lot of different reasons. Many foods today have addictive qualities. A great deal of other people don’t know what to do. Dr. 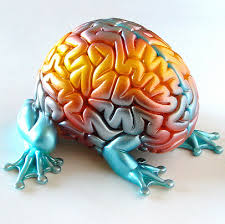 David Kessler in his book The End of Overeating, explains how foods are addictive chemically and neurologically. Dr. Bowden says, “It’s not about telling people don’t eat that.” The addiction chemicals are too strong. They need to be shut down by feeding the need for nutrition.

“We are very addicted to these foods. Make no mistake, you’re powerless over it,” says Dr. Bowden. “You can’t compete with 100 PhD food scientists who are figuring out exactly what’s going to make you peck like a pigeon at something and never give up until you drop. That’s what they’ve done with a lot of these foods.”

For more information sign up for Dr. Bowden’s free newsletter at jonnybowden.com.